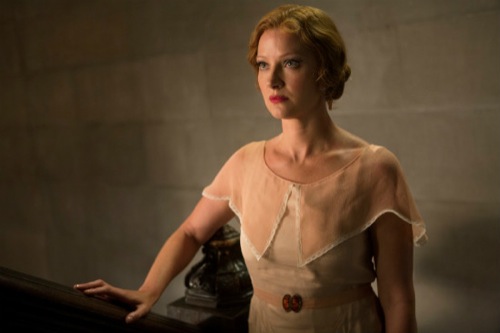 Tonight’s penultimate episode of Boardwalk Empire was another great episode, I cannot wait to see next week’s episode to see how they will end the series!  To wet your appetite, we have a sneak peek video and some insight for you below on what is going on next week episode called, “Eldorado” below.

On tonight’s show at war with Luciano, Nucky looked to hold onto his assets in Atlantic City with not much success. Willie (Ben Rosenfield) and Eli became involved in Nucky’s war. Maranzano met his fate after Lucky kidnapped Willie. Nucky read Gillian’s (Gretchen Mol) letter from the hospital. In 1897, Mabel and Nucky argue about a young runaway from Trenton, while Nucky did a discreet favor for the Commodore (John Elllison Conlee).  Lots happened on episode 7 and if you want to find out we have a full and detailed recap of tonight’s episode, right here for you!

Spoiler alert: If you’re one of those people who doesn’t like spoilers, stopreading now! We have some juicy spoilers for you about the season 5 episode 8 of HBO’s “Boardwalk Empire”

Official HBO synopsis of next week’s episode: “After a shakeup, Nucky looks to relocate to Manhattan from Atlantic City. Margaret impresses Nucky and a grain-company stockholder; Luciano tends to unfinished business while establishing a mob commission; Willie shares underworld details with his boss, the U.S. Attorney; Nucky visits Gillian at the hospital. In 1897, Nucky copes with a family crisis, while making a deal with the Commodore that will settle his future.”

On next week’s series finale it is the end of an empire and Lucky plans to get rid of Nucky once and for all and kill him.  Will he be successful?  We will find out next week.