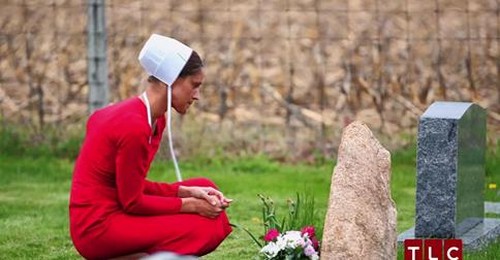 Tonight on TLC Breaking Amish returns with an all new Thursday September 18, Season 3 premiere called, “Road Not Taken.”  On tonight’s episode the third season begins with a new cast—Miriam, Vonda, Barbie, Bates and Matthias—mulling a move to Brooklyn, where they will have to adjust to life in the city and wonder if they’ll leave their rural communities forever.

Breaking Amish Season 3 follows a fresh group of young men and women as they leave their conservative, rural communities behind for a chance to live in New York and fully experience English life.  They head to Brooklyn to explore life beyond their Amish norms. Throughout their journey, their relationships are tested, and life-altering choices must be made.

On tonight’s episode a group of five young Amish men and woman have decided to make a move that will change their lives forever, risking everything and everyone they’ve ever known, But the group finds out early, chasing their wildest dreams may be easier said, than done.

On tonight’s premiere episode of Breaking Amish Brooklyn edition, we get to meet an entire new set of young Amish adults gearing up to see the outside world.

The first of the group we’re introduced to is Barbie. She’s 22 and yet she still hasn’t officially joined the church which is a bit late for her. Then again Barbie can be a tad rebellious. She grew up as a preacher’s daughter and so far she’s been fighting against that title as much as she can.

Barbie has a secret boyfriend named Lester and he used to be Amish. Her parents don’t approve of him and they hate the fact that Lester has been exposing her to the English world. Though her parents always take her back whenever she’s ready to re-join the family fold. So they do love – they just wish she’d stick to being Amish.

And Barbie can’t do that while knowing she would have to give up her boyfriend if she chose to live the life her parents expect her to.

Bates is 21 and he’s also dating an Ex-Amish. That means he tends to get a lot of flak from his community. However he too hasn’t officially joined the church and technically he’s still going through Rumspringa. So that’s give him a bit of a leeway his community. In other words his partying and “English antics” aren’t seen as a shunning offence.

Also we have Vonda who is 29 and is still living with her parents. So far she hasn’t really had a chance to live much less to rebel. Between her responsibilities at home and the many jobs she works in the outside world – some would even dare say she was dull. Though she does has at least one thing for herself. Her only weakness appears to be tanning. It’s the one English thing she has allowed into her life and she’s been keeping it a secret from everyone for years.

Then there’s Miriam whose case is unique. She is 26 and has an 8 year old little boy. Her son Aaron was conceived with an English boy and he soon disappeared from the picture which meant Miriam was a single mother. And in the Amish community that also meant she was shunned. Her family hasn’t really spoken to her all that much and the only person that had for the most part ignored her shunning was her sister.

Being shunned for 8 years has kind of pushed Miriam into experimenting with the English world. She’s been going out and enjoying herself with that type of lifestyle. And now it has come to the point that Miriam has to decide in which world does she want to raise her son. English or Amish?

And lastly there’s Matt. He was raised Amish but was actually adopted from Bulgaria. His birth mother was allegedly a prostitute and so he was put in an orphanage at 10 days old. And although he was adopted by people that cared for him – his community wasn’t all that accepting of an adopted kid. Hence a lot of people would be nice to his face and then talk bad about him behind his back.

Yet leaving is no joke for Matt. Despite being only 22, he’s married and the couple are expecting their first child. His wife isn’t Amish and that too has caused problems for Matt. The Amish don’t want to give him work and it’s been hard searching for a job. So with this trip on the table his choices were he could either leave his wife and child in order to pursue a career in country music or he can stay with them and face having to live with prejudice for the rest of his life.

Though it should be pointed out that Matt and his wife haven’t been getting along lately. She had cheated on him and he hasn’t gotten over it or strived to repair his marriage.

Vonda will also cause trouble when she leaves. She had joined the church so she knows shunning is in her future and possibly her family’s future. But she’s already tried to live in the Amish world and so now she’s going to go out into the English one. Her boyfriend, before he died, wanted her to enjoy her life and that’s what has motivated her into leaving.

Bates wants to leave to see if he can become an actor. Growing up he’s always admired Sylvester Stallone and now he wants to be like him.

Barbie wants to leave to see if she can survive in the English world. If she can then she knows a life with Lester is possible and if she can’t then she knows she can’t be with him while he’s English. So she has to go. And just as she was about to tell her family she was leaving to go to New York – the bishop caught her in Lester’s car.

The Bishop has the power to shun her parents and ruin her father’s career. Hence after seeing him – Barbie lost all courage and decided to inform her parents about her plans over the phone. They weren’t pleased and honestly she might have worn out their tolerance with previous behaviour.