Brooke Burke Fired by Dancing With the Stars: Slams DWTS in Angry Statement 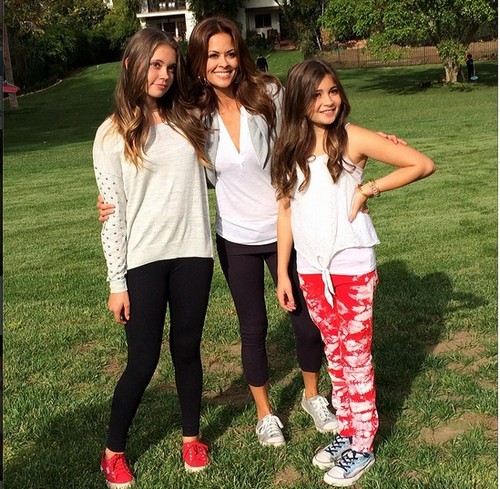 Fans just aren’t as in to reality/contest TV as they once were and so we are watching several former favorite shows scramble to revamp their formats in order to hang onto viewers – or like The X-Factor USA, simply get cancelled. Dancing With the Stars is one of those show that is in desperate need of an overhaul and ABC knows it. There has been speculation that the original judging panel will be changing soon after 17 years of consistency. The Harold Wheeler Band is also being replaced and we have just confirmed that Brooke Burke has been fired as well.

After winning season seven, Brooke came back to DWTS in 2010, taking over co-hosting duties beside Tom Bergeron. She has spent several seasons watching stars fight for the Mirrorball trophy and claims that this decision was the most shocking thing that she has seen happen in the ballroom. Brooke then issued an official statement saying in part, “I understand the need for change, considering the position of the show at this juncture.” She also added the weak attempt at humor, “I’ve seen my fair share of shocking eliminations in the ballroom but this one takes the cake.”

Did you catch that little dig? It’s a polite way of saying that the show currently sucks and they are desperate to save it. Brooke then went on to talk about embracing new opportunities that she had to turn down in the past because of her contractual obligations to ABC.  Of course she’ll work and no doubt the grass will be greener once she leaves the sinking ship that DWTS kind of resembles. Don’t forget that last season DWTS lost a whole day of programming each week as the Tuesday results show was crammed into the Monday night offering. Do you think that changing the house band and a co-host will be enough to mix things up and get viewers to tune back in? Tell us your thoughts in the comments below!