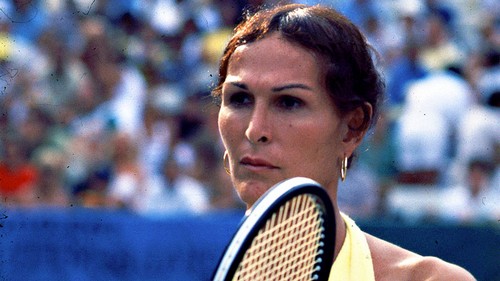 Bruce Jenner has been friends with Dr. Renee Richards for decades. Up until 1975 Richards was actually Richard Raskind, a popular tennis player. After undergoing gender reassignment surgery the new Renee Richards petitioned the U.S. Courts to allow her to play tennis then as a woman. After wrapping up a successful sports career Richards went on to be a popular eye surgeon but has always stayed in contact with Bruce.

According to the April 14th print edition of Star magazine Bruce is looking to Richards for advice in the process of gender reassignment. He’s smart enough to know that he needs a mentor of some kind and Richards is the perfect person to turn to for guidance. Richards has reportedly warned Bruce not to even go through with the surgery unless he felt like he had absolutely no choice. This is obviously an extreme procedure that can’t be undone and so Richards insists that if Bruce is going to have it done then he needs to feel like life as a man is completely impossible. Jumping the gun and going through gender reassignment surgery without fulling thinking it through would be disastrous!

Do you think that Bruce has really weighed his options carefully and that he’ll end up going through with it? It’s at least wise of him to have a mentor in place but do you trust that Richards is giving his longtime friend the best advice? Tell us your thoughts in the comments below!