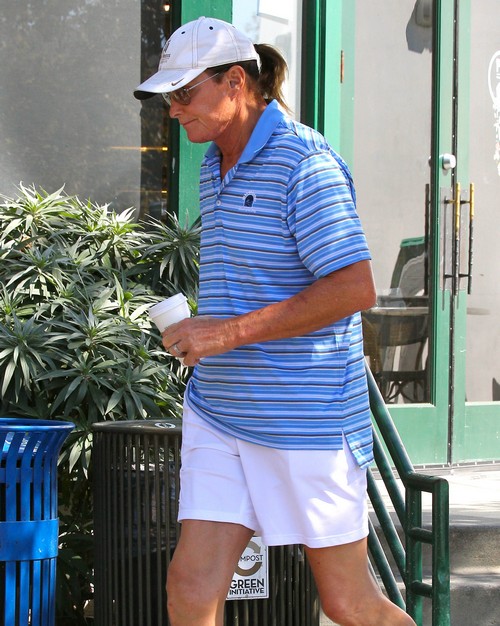 Well, Keeping Up With The Kardashian’s star Bruce Jenner certainly has a type. Just weeks after his messy divorce from Kris Jenner went public, Bruce was spotted out on a hot date with a mystery woman. And, photographs from the night reveal that Bruce’s date bears an uncanny resemblance to his wretched ex-wife. Apparently Kris Jenner hasn’t turned Bruce off from brunettes all together.

According to the October 20th edition of Star Magazine, Bruce and his new mystery girlfriend attended an Elton John concert in Los Angeles on October 4th. And, Bruce must be pretty serious about the new lady in his life, because he brought his son Brandon and his wife Leah along so they could meet her. Maybe we’ll get to see Bruce dating on the next season of Keeping Up With The Kardashians, surely it will cause some drama with his children and Kris.

Although Bruce was on a date with a new woman, concert-goers were more intrigued with how much the reality TV star himself was beginning to look like a woman. Not only was Bruce wearing his long shoulder-length hair down at the concert, he of course had his nails done as well for the big night. Considering Bruce has been battling transgender rumors for quite a while and was spotted wearing a sports bra a few days before the concert, we can’t help but wonder if his “date” is more like a “beard.” If every tabloid in America said you were transforming in to a woman, wouldn’t you take a hot brunette out on a date to try and solidify your manliness?

What do you think of Bruce’s new look? Do you think he truly is dating, or just trying to fight rumors that he is transforming in to a woman? Would you like to see Bruce dip his foot in the dating pool on the next season of Keeping Up With The Kardashians? Let us know what you think in the comments below!