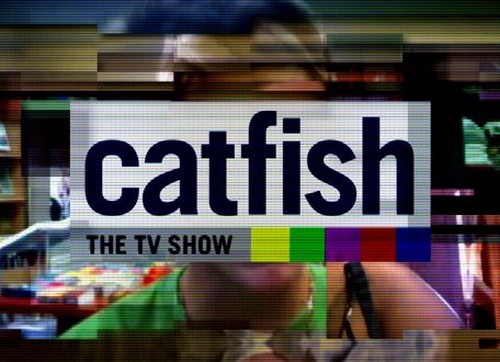 Tonight on MTV their series about online dating, CATFISH returns with a sixth episode titled “John & Kelsey”.  On tonight’s a man puts his life on hold for a woman he’s only spoken to online.

On the last episode called “Tacie and Sammy”, Tracie Thoms who is an actress, developed an emotional connection with a fan named Sammie. Wondering who Sammie was she asked Nev and Max to help her out, to see if Sammie was who he said he was.  This was maybe the oddest Catfish episodes ever. Tracie says the biggest learning moment was from Sammie and says she’s creative and talented and she hopes to be buying one of her books one day. Meanwhile, Sammie is not following Tracie anymore on social media. Although, Sammie says the experience taught her about herself and she says she’s been writing a lot.  Did you watch last week’s episode? If you missed it we have a full and detailed recap, right here for you.

On tonight’s episode John has only spoken to Kelsey online. Wondering who Kelsey is he asks Nev and Max to help him out, to see if Kelsey is who she says she is. Will John get what he’s expecting or will he be left disappointed?

Max and Nev received their latest “Cat” signal from a man named John from Detroit. He’s 27 and feels like he’s met the girl of his dreams. He says he fell in love with Kelsey after finding her in a chat room and they soon learned that they were kindred spirits. But because of her alleged insecurities, she’s never wanted to speak face to face even though technical he’s already seen photos of her and has already admitted to finding her beautiful.

John acknowledges her as his girlfriend and now he needs to know is there’s a possible future for them. And that’s where Max and Nev come in!

The guys flew in to speak to John personally and there were a few things they wanted answers to. For instance, John works with computers and he’s probably spent more time on the internet than either of the guys so they wanted to know why he hasn’t done any research on his own. And he says that he has a past with checking up on girls and he didn’t want to repeat that with Kelsey.

He restrained himself this time because he wanted to be a better guy for his dream girl although he did do a reverse search on her photos and there weren’t any red flags there. As for the not seeing her part – Kelsey has asserted in their private chats that she suffers from Body Dysmorphia and yet her photos online show someone quite confident in their body. It takes a lot to post a bikini pic for anyone to see and it wasn’t like she was shying away in any of the photos as the guys made sure to point out.

One of the things the guys also learn was that John sent Kelsey a dick pic. Luckily, he didn’t include his face, but the producers weren’t happy with him putting himself at risk like that. More than ever they want to prove Kelsey is a real person and there’s not some sicko out there with a picture of John.

To check up on her, they went back to the chat room she met John in and reached out to other people she might have had contact with. They found two people Kelsey spoke with. Both by online messaging and neither of them have heard her or seen her over video chat. Not even the girl claiming to be one of her very good friends.

Kelsey claimed Body Dysmorphia with them too and seeing as the chat room was for people with anxieties it made sense to them that she would have this disorder. Ellie, the girl they talked to, is also dating someone from the chat room and she counts it as meaningful relationship though like John she’s never seen Adam in person. So this chat room does offer companionship.

John called asking for an update and the guys thought they had good news for him. So far in their investigation, Kelsey appeared to be checking out and they had even started thinking of her as a real person. And that’s why the catfish wrote to her directly. They asked to meet in person and with some reluctance she gave them her address in Florida.

But Florida proved to be a mistake!

The address they got wasn’t real and Kelsey messaged them saying she wanted to see if they would actually make the trip (like a test) and then she gave them the location of the “café” she was at. And that was also a lie. It was a business center.

So it wasn’t surprising to find out that there was no Kelsey. She was simply the figment of a very cruel mind. Adam, another guy, from their chat room pretended to be Kelsey in what he claims was the biggest joke ever. Yet once the guys tattled on him out to his girlfriend Ellie, Adam quickly changed his story. The real story behind his catfishing is that he used Kelsey to get Ellie interested in Adam and he also used Kelsey to keep other guys away from Ellie.
He did all of this to get Ellie and she doesn’t want anything to do with him after he lied to her and purposely hurt John (though at the time she did leave the window open).

John later met someone he could go and visit for a change. And a quick check in with Adam proved that he saw if not all then some error of his ways. Not only did he erase “Kelsey,” but he also left his dead end job to pursue his dream of writing. So maybe in the future he won’t exactly have all that free time to check up on chat rooms!