CDL Book Club Giveaway: The Forgotten Fairytales by Angela Parkhurst will have Fans of Once Upon A Time Swooning for Days! 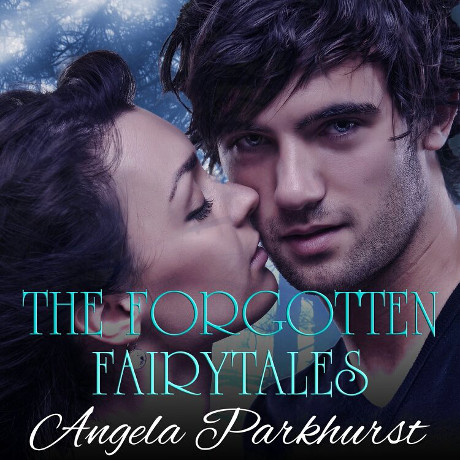 When the cold weather hits, there’s nothing I enjoy more than curling up with a great book and being whisked away to a different land — where new characters and fantastic journeys await. There are so many entertaining books out there in the world that we thought it might be fun to start a little book club here at CDL where, a couple times a month, we’ll point you to some of our favorite, current books — and the amazing authors who’ve written them!

To inaugurate the CDL Book Club, I’d like to introduce you to Angela Parkhurst, a fabulous writer who’s just released her first book, The Forgotten Fairytales (Book 1). She describes the book as being reminiscent of Once Upon a Time (one of our favorite fantasy series on television!) and the timeless film Mean Girls. Sounds like a wonderful, hilarious read, right?

We’re so excited to feature a fantastic interview with Angela, and we wish her all the best with this book and all her future stories. After reading the interview, enter the giveaway below for your chance to receive a free copy of TFF. We’re eager to begin our literary adventures here at CDL and hope you’ll return frequently to check out the great writers we might be featuring in the future.

As you might’ve guessed from the style of our site, we’re definitely not literary critics — but we do know how to recognize pleasurable entertainment pieces and quality stories when we see them, so always be sure to check out the entertainment score (maximum score is 5 out of 5 LiLos) we award each book!

And now, without further ado, please consider adding The Forgotten Fairytales to your To-Be-Read shelf!

Teaser: Once upon a time, seventeen-year-old Norah Hart believed in the lure of fairy tales and happily ever afters. That was before she was forced to live in a fairy tale nightmare.

If Norah had known she’d be attending a boarding school for the nut job reincarnations of fairy tale characters, she would have insisted on going to Moscow with her father. But getting out isn’t as easy as she thought. Especially once Norah realizes she, too, is a storybook character. An Unknown. The first one in history. Soon Norah learns she has the ability to rewrite the stories, putting everyone’s Happily Ever After in jeopardy. Some princesses will do whatever it takes to protect their endings. Even if it means betraying the one closest to you.

1. Where (and when) did you acquire the idea for your novel?

I love going on Pinterest for ideas. One night while pinning I found this awesome picture of a castle surrounded by fog. So many questions filled my head. I had to know what was going on inside. I wrote the opening sequence right away, with Norah riding up to the castle. The rest was easy. This was actually the fastest I’ve ever written a book. I think I had my first draft in done less than two months.

2. The cover of your book looks amazing and sexy — and CDL’s blog mama/boss says your main man reminds her of Morgan Corrinthos from General Hospital. How did you settle on those particular cover models?

They are hot arent they? Haha. I actually met them back in June of 2012 on a book tour for another young adult book. As hot as they are in the picture, they are even hotter in person. I chose them mostly because of him. He embodies Wolf to the T and that was important to me.

Those cover models are actually on a lot of book covers, which is a reason I almost didn’t use them, but the guy has been my inspiration for Wolf since the beginning and I couldn’t imagine anyone else on my cover.

3. Your two main characters are Norah and Wolf. What do you think are their greatest strengths and weaknesses — and how do those traits complicate their relationship?

Norah’s biggest strength is her heart. She is determined and strong and fearless. I admire how, no matter what people throw at her, she doesn’t back down. But, in the same right, she is impulsive and that causes a lot of trouble. She also has the tendency to act before fully thinking things through, which is a reason why she and Wolf get along so well. Their friendship is based off of spontaneity.

One of her major weaknesses is her sister, April. No matter how terrible their relationship is, Norah wants more. She has this picture in her head of having some perfect, unrealistic sister-sister bond. It’s one of the hardest relationships I’ve ever had to write. As for Wolf, he’s a “villain.” His whole life he’s been told he’ll amount to nothing; however, despite that negative energy surrounding him, he’s strong and determined and way too much fun.

When it comes to their relationship, well, you’ll have to read and see. ;)

4. Why do you think fantasy — and elements of magic — resonate so strongly with readers?

We all grow up dreaming of dragons, sword fights, castles, princes, and princesses. And in the back of our minds we’ve never quite grown up. I think that’s why I love Disney World so much. When you’re there anything is possible. That’s what a good book or movie does, too. It transports you into a world where your problems don’t exist. You can be anyone or anything. And what better world is there than the fantasy?

5. This is currently planned as a trilogy. Do you already know where your characters will end up?

Yes and no. I have two possible endings in mind. One not so…expected. There will also be a prequel novella out in a few months.

6. Now for the final, and mandatory, easy question. Who’s your fave celeb?

Oh gosh, that is SO not easy. I have been in love with John Travolta since I was a toddler dancing to Grease. But I’d say, other than him, that I like Amanda Seyfried and Chris Pine. Because, well, have you SEEN Chris Pine?

The Forgotten Fairytales is a fun twist on fairytales and we hope you give this story a chance. No one is who you expect and the princesses we’ve grown to know and love are shown in a much, much different light. Enter the giveaway below and be sure to visit Angela’s website, follow her on Twitter, and like her Facebook page! 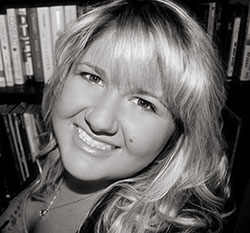 GIVEAWAY RULES: Everyone is eligible to enter. Contest will run until February 15th, 2014. Winner will be contacted via the email collected by Rafflecopter and we’ll make sure your prize gets to you in a timely fashion. Please adhere to the rules/instructions laid forth by the lovely Rafflcopter widget below.

If you’re an author (self-pub’d or traditionally pub’d) and would like to be featured in a CDL Book Club Giveaway, please email Nick at nick [at] cdlblogfamily.com with your name, book information, and links to all relevant web presences. While we might not be able to accommodate all requests, we’ll try our best; if chosen for a feature, please be prepared to undergo a brief 6-question email interview and offer one (1) copy of your work to be given away in a contest.