Chelsea Handler In Talks With CBS For Daytime Talk Show – Can She Tone Down Her Raunchiness? 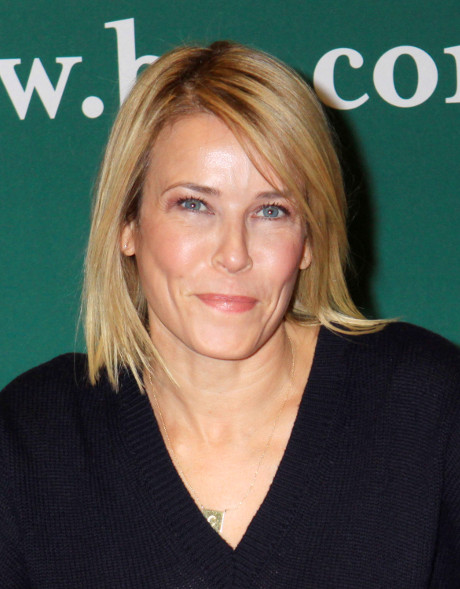 Chelsea Handler may actually be heading to CBS once her contract with E! ends at the end of the year. It was previously speculated that the late night host was in talks to replace Craig Ferguson on The Late Late Show after she posted a picture of herself on Instagram holding a stack of CBS branded paper. She captioned the photo as “business meeting.” Although CBS has shot down these rumors, it’s now being reported that Chelsea is in talks with CBS to host a syndicated daytime talk show.

Chelsea’s manager, Irving Azdoff, recently revealed that the comedian is planning to leave E! and her hit talk show at the end of 2014. “Chelsea intends to leave when her contract expired. She hired me to figure out her life after E! We have at least seven suitors and many ideas.”

A daytime talk show might be one of those ideas. Daytime is a different arena than late night and it’s always a bloodbath for newbies. Katie Couric, Anderson Cooper, Kris Jenner, Jeff Probst, and Bethenny Frankel have all recently seen their shows be buried in the daytime cemetery. Even daytime talk show legend Ricki Lake couldn’t make a successful comeback.

While I absolutely love Chelsea, I don’t think she’ll make it in daytime television. She’s too polarizing and her humor simply can’t be censored or toned down. She’s no Ellen. She’s already making enemies at CBS. “Chelsea Handler is a pain in the butt,” a CBS exec told Page Six.

Daytime is not the path for the incredibly talented and smart comedian. And, quite frankly, a female needs to be included in the late-night conversation. Handler has already proven herself as competitor in an area dominated by men.

2015 will clearly bring some big changes for Chelsea. However, I hope she continues to be funny and true to herself. Daytime is definitely not ready for the full Chelsea Handler experience. Do you think Chelsea should host a daytime talk show? Join the conversation and leave a comment below.