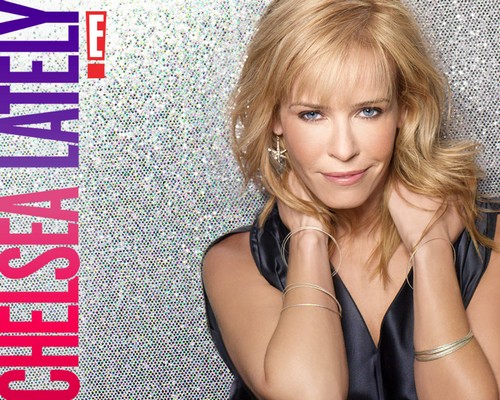 Chelsea Handler is done with her talk show on the E! cable network. The first woman of late night has decided to end her show Chelsea Lately after 8 years.

Chelsea’s manager Irving Azoff told The Hollywood Reporter “Chelsea intends to leave when her contract expires. She hired me to figure out her life after E! We have at least seven suitors and many ideas.”

Tracey Lately, as her side kick Chuy calls her, has been unhappy with the network for a while. On March 5 she appeared on The Howard Stern Show she said E! is “a sad, sad place to live. They don’t know what they’re doing. They have no ideas. It’s a failure.” Chelsea has taken jabs at the network the past few years. On her show she would put down the network and the show itself. No one knew if it was in jest or meant to send a message to the higher ups.

Per The Hollywood Reporter Chelsea Lately has had declining ratings and ad sales. 2010 was a good year for the show, but then things started going down hill. Chelsea is as funny as ever, but he show has changed quite a bit.

The past few years there has been a sharp decline in her very funny sketches. We used to see skits such as Judge Lately or Doctor Handy every week. Now we get the lame Chelsea Handler Dance Troup or Cosmopolitan Readers in the monologue. It’s as if the writers could not come up with better ideas. There is also the possibility the direction of the show changed due to restrictions Chelsea was given. Judge Lately has appeared twice so far this year but I want more!!!

Another factor that may be affecting viewership is that Chelsea is not on her own show. Several times a year there are guest hosts while she is on vacation or touring. When I watch Chelsea Lately I want to see Chelsea! I continue to watch, though, because I love the round table and Chuy. I am a huge fan of her writers and enjoy seeing them. Chelsea had one fantastic guest host, Dave Grohl. Dave was so popular that he was invited back a second time, and it was to host for a week.

Chelsea herself said she is bored doing her talk show. She agreed to a contract extension, but I didn’t expect her to sign on again. Chelsea knows she has it good at E! so of course she stuck it out a while longer. Chelsea’s other money makers are her books and tours. She ventured into producing other shows but they all flopped. It seems Chelsea is most successful when she focuses on herself. It’s been reported Chelsea may do a show on Netflix. I’m anxious to see what she will do next!