Chris Brown Jailed After Being Thrown Out Of Rehab – Why Was He Kicked Out? 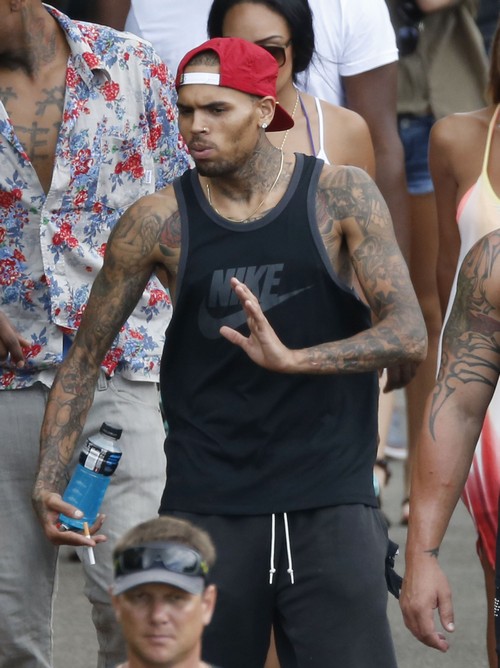 According to a new report from TMZ, Chris Brown is headed back to jail. I know, such a shocker, right? Apparently, Chris violated a judge’s order by getting kicked out of the rehab facility that he’s been spending the last few months at.

This same judge, from the Rihanna case, had ordered Chris to stay at the rehab facility [in Malibu] for ninety days. In addition to getting the right anger management therapy, Chris was supposed to complete his stay at the facility by this month. However, the judge reportedly modified their order and had Chris stay at the facility for longer while the Rihanna case was getting sorted out. Thus, Chris had to stay in rehab while the case was being closed, and if he left, he would end up in jail.

And whaddya know, Chris was thrown out of jail this morning. Apparently, he ‘violated internal rules’, but not rules involving violence or drugs. Well, I suppose that’s progress, right? According to the report, Chris was having an inappropriate relationship with a female worker recently, but that’s not why he was thrown out either. Honestly, it was probably a series of minor infractions, but the rules are rules – and Chris has been kicked out. And according to the rules, that means he goes back to jail.

The L.A. County Sheriff’s office has already picked up Chris and taken him back to jail, where he’ll likely serve out the remainder of the time he was supposed to spend at the rehab facility. He’ll have to wait for the assault case to close up, and then probably have some community service and perhaps another stint in rehab.

What do you guys think about Chris being kicked out of rehab? Keep in mind, this isn’t the first rehab facility that Chris has been kicked out – he was kicked out of another one because he threw a rock at a car window.