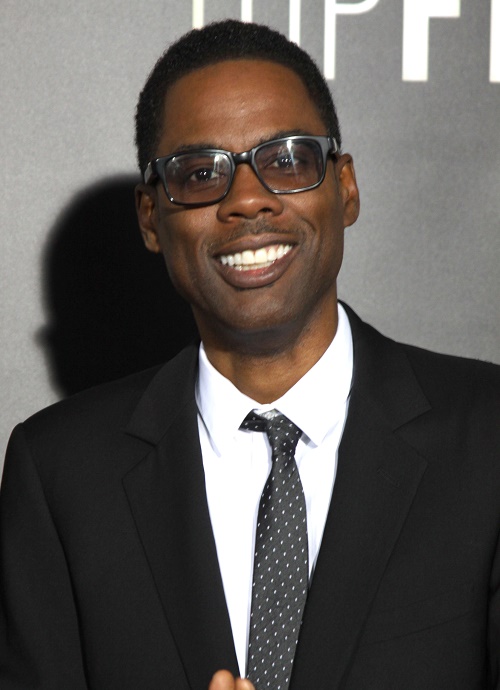 According to reports, Chris Rock has filed for divorce from his wife of 20 years, Malaak Compton-Rock. Chris Rock has been hitting a professional high in his 10+ year career, but his personal life has hit rock bottom.

Malaak Compton-Rock released a statement to People on Sunday confirming the divorce, saying, “After much contemplation and 19 years of marriage, Chris and I have decided to go our separate ways. While recognizing that this is a significant change, my children remain at the center of my life and their well-being is my top priority.”

This isn’t a Robin Thicke situation where the wife has filed the divorce papers, and the husband is refusing to acknowledge the divorce – according to Chris’ lawyers, he’s also filed the papers. Unfortunately, Robin and Malaak couldn’t work things out this time, even though they went through a similar situation back in 2006. Apparently, Chris had drawn up divorce papers in 2006, but he never actually filed them because he and Malaak worked things out. And even though their daughters are a little older now, they clearly couldn’t work through their issues for a second time.

You know, it’s interesting – it always seems like the more professional successful a Hollywood celebrity, the more their personal life suffers. There has to be a correlation there, and not just because of the time and distance that comes from endless filming and promotion.

What do you guys think? What led to the divorce between Chris Rock and Malaak Compton-Rock? Was it ‘amicable’, as all Hollywood couples always claim? Or was there more to the story than we’re being told? Considering that Chris Rock has been so present on the media circuit for the past two months, I’m thinking we’ll probably hear more about this soon enough.

Let us know your thoughts in the comments below. What do you think about the Chris Rock divorce?