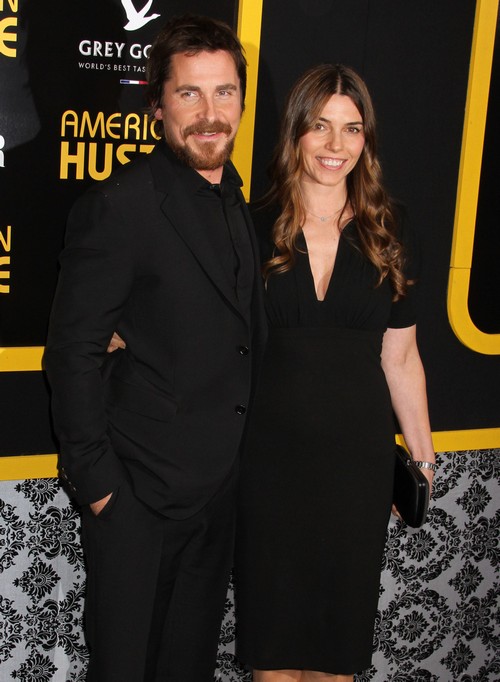 Question: If the last time you and your actor son had spoken together, ended up in you calling the police, and him not acknowledging that you exist for the next six years, do you think that the logical step would be to sell your story (again!) to the Daily Mail?

According to Christian Bale’s biological mother, it is.

On January 26th of this year, Ms. Jenny James had this to say that she has no idea what caused the argument between herself, Bale, and his sister Sharon, but that she wanted the ‘rift’ between them to be healed before his fortieth birthday, on the 30th. She says this to Deborah Sherwood (Sunday Mirror)– ‘Six years is long enough. I want him back. It’s so sad we have not spoken in all this time. It’s sad for me. It’s sad for him too. His grandmother Edna is now 90 and she wants contact with him – and it’s his 40th coming up. Now would be a wonderful time to get back together so we could be a family again.’

Now, if I hadn’t known any better, I would most likely feel sorry for her. To get to the beginning of this whole thing, we go back to 2008, in London, where Bale was promoting ‘The Dark Knight’. Allegedly, Bale freaked out on his mother and sister, at his hotel room, when they allegedly insulted his wife, Sibi Blazic Bale. He was then arrested the next day on assault charges, which he denied via his lawyer–saying that the allegations of assault came from his mom and sister.

Now at this point, it is a family matter. Obviously, he can’t hide that he was arrested, and so it was probably the smart thing for him to release a statement. But then his mother buts in, telling the Daily Mail that she had no idea who called the police, but that it was a ‘family matter’ and the police were dealing with it, saying it was an extremely sensitive situation.

Looking back at what we know now–that there was only yelling involved, and maybe a little push–I don’t think that it was too much to expect for Christian’s mother to keep her mouth shut to the press. Especially when she knows that her son doesn’t like the press, having had an early taste of it when he went back home, after filming ‘Empire of the Sun’. I don’t think that it was too much for Christian’s mother to ignore the press’s questions, over what amounted to a family argument.

Let me stop and say this–do I believe that Christian Bale has a horrible temper, when pushed? Yes. I think that he is a nice guy, but sometimes he loses–case in point, his Terminator ‘rant’ (which actually wasn’t that bad, it read as a lecture to me), and kicking his mother and sister out of his hotel room, following an argument. But in no way do I think that he is violent, and in this case, when it truly was a family argument, with no violence involved at all, I think his mother should’ve kept quiet.

I also have to say, that if it is true that he freaked out on them, over them insulting his wife, that’s kind of ‘sweet’ in a way. How many grown men do we see defer to their mother, to the point of ruining their relationship with their current SO? So, if it is true, I think that it’s good that he’s got her back–although he probably shouldn’t have started yelling back.

Now, I don’t feel sorry for Christian’s mother or sister, being that they have and are talking about him to the press. They know that he does not like all of his personal business being out in the open, but they’re doing it anyway. Which makes me think that the additional rumors, about them wanting money from him are true. At the very least, I think that they are not serious about a reconciliation, in going to the press. I think this is solidified in the fact that they continued to make statements about him (about his Terminator rant), to the press, when he was not speaking to them–especially since his mother referenced the incident in her new statement, and his sister said that he ‘might need help’ in reference to the rant.

So his mother and sister are crazy if they think he’s going to start speaking to them in three days after this stunt.

And I don’t blame him one bit. I wonder how much they got paid for the statement about him?