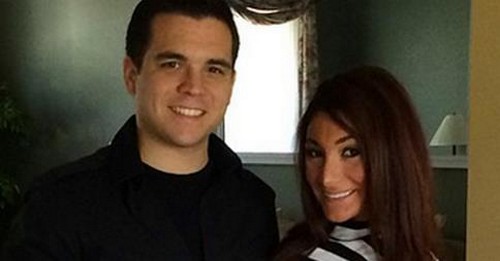 Tonight on VH1 is the season 5 season premiere episode of COUPLES THERAPY called, “A Fresh Start.” On tonight’s show four celebrity couples begin therapy with Dr. Jenn Berman in the Season 5 opener. Included: One couple promptly gets judged by the others.

For those of you not familiar with the show, everyone knows how much work even the best of relationships can be, but imagine the pressure of having your relationship scrutinized under a media spotlight where everything is blown out of proportion. In Hollywood, a discussion becomes a screaming match, showing up to a red carpet event alone equals getting a divorce and having lunch with someone who is not your spouse means you’re having an affair. Living in the spotlight really amps up the pressure of being in a relationship and “VH1 Couples Therapy with Dr. Jenn” hopes to shed a little light on the complicated and often misunderstood world of high-profile relationships.

On tonight’s show Couples Therapy is back with its season 5 premiere, in which one of the couples is judged by the others when they enter the house.

RECAP: Five new couples are joining Couples Therapy on tonight’s season 5 premiere and already Dr. Jenn has said this upcoming season is the most volatile yet!

The first couple checking in are Juan Pablo Galavis & NIkki Ferrell. This duo is infamously and tragically known as the most controversial couple that had ever been on the Bachelor. And that’s included the Melissa/Molly/Jason fiasco. Plus it’s not even her fault – the blame lies entirely on Juan Pablo seeing as it was his actions during the show that made both of them look stupid. Way back when, on live television, he refused to say “I Love You” to his girlfriend after she had previously said it to him. So not only did not get a ring out of the ordeal (of dating a man with a harem), but she was (though she still doesn’t cop to it) humiliated.

Now fast forwards and a few months and Juan Pablo still doesn’t know if he’s in love with Nikki and despite months of dating. He’s held off on making or showing any sign of commitment and Nikki has finally grown tired of it. Nikki wants to move forward in their relationship and hopefully envision a future for them together.
But if she wants him then she might just have to take him as he is – a jerk!

Deena Cortese & Chris Buckner are the second couple to arrive. Their problem really comes down to where they are in life. After partying it hard on the hit show Jersey Shore, Deena has come to a point in her life where she wants to get married and have kids. However her boyfriend is younger than she is and he’s not ready to settle down. And it’s quite obvious that her past may have hindered her whenever she tried to convince him in the past.

Deena is a reality star and she made a lot of money from it. And her boyfriend on the other hand can’t quite match her gift for gift. As in (and this was his example) Chris buys her a gift and she buys him a gift vacation. So far he’s asked her to stop with that kind of behavior, but there could be other things attached to her fame that’s been troubling him.

Next up was Treach Criss & Cicely Evans. They’ve been together 7 years and their fighting has gotten so bad – they decided to come to the show for the sake of their children. Their fights are about several things. Yet their major issue seems to be that she doesn’t trust him. And after so long, Treach is getting fed up of her suspicious nature because regardless of what she might think is going on – he says he’s never cheated on her.

Sure, he had flings when they weren’t together (breakups here and there), but he swears he never slept or fooled around with anyone when he was with her. So there this part of her that wonders why he has to see other people when they’re together and if that’s what he really wanted all along – a chance to continue having flings.

Hence she needs reassurance and he’s so fed up – he doesn’t want to provide it.

While they were waiting for everyone else to arrive, the couples that were there got to talking and some of them had started to like each other. But the fourth couple ‘Evel’ Dick Donato & Stephanie Fisher brought with them a combative atmosphere.

As a couple, Dick and Stephanie are clearly still in love and yet they broke up ten months ago because all the things that had first attracted her to him soon began to repulse her. So they came to the show to see if they could find a way to get back together. And there’s to be tension as they work their way through therapy.

Though, when Dick first entered the house, it looked like he was trying to start an issue. He had immediately called Juan Pablo out as the guy that won the title of most hated man on reality from him and then he proceeded to question Juan Pablo for the why. Juan and Nikki then attempted to play off what actually happened but their answers had hit a mark on Dick’s BS meter. He didn’t call them on it – he just felt something was off.

Then when his former girlfriend, Stephanie, arrived – he was like a different person. Dick was simply happy to see her there. Although he might have later changed his mind when he realized she had also changed her mind – this time on kids.

Dick has two kids already and after the last one turned 18 he then got a vasectomy. So they’re relationship is on the brink though it is worth noting that Treach and Cicely are just capable of calling quits! When they fight – it escalates way too quickly!