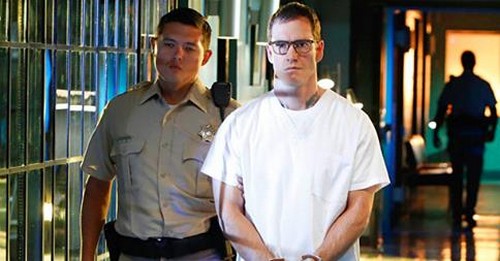 Tonight on CBS CSI: Crime Scene Investigation returns with an all new Sunday September 28, season 15 premiere called, “The CSI Effect.”  On tonight’s episode Finlay must deal with a bomb planted in her car.

For those of you who are not familiar with the show, the series follows Las Vegas criminalists (identified as “Crime Scene Investigators”) working for the Las Vegas Police Department (LVPD) (instead of the actual title of “Crime Scene Analysts” and “Las Vegas Metropolitan Police Department” (LVMPD))[1] as they use physical evidence to solve murders, which has inspired a host of other cop-show “procedurals”. The series mixes deduction, gritty subject matter, and character-driven drama.

On the season 14 finale, the CSIs investigated a present-day crime with ties to a mob heist that occurred 25 years ago. Meanwhile, Brass had a decision to make when his daughter attempted suicide.

On tonight’s show Finlay must deal with a bomb planted in her car, while Russell gets a call from someone claiming to be the Gig Harbor killer.

A bomb was strapped to Finlay’s car and the puppet master behind this devastating crime merely wants to make a game out of it. If Finlay’s friends can figure who he is – he call it quits and let her live. But if they can’t then he’s fully prepared to kill one of their own.

A few days prior to the bomb stand-off, Finlay and Russell had come upon a case that had reminded them of their dealings back in Seattle. It was a murder scene that showed all the signs of having already been processed by the CSI. Evidence was marked and the scene was basically laid out just like the team would have done. With areas roped off and even a recording of how the crime must have played out.

The last time Russell saw this he was dealing with a serial killer. Yet he caught later the good old Gig Harbor Killer (after he and his daughter were personal stalked by the way) and currently the guy is still in prison. So they must have a copycat in Vegas!

At least that was their first assumption. Although the case is turning out to be a lot more complicated that a simple copycat. Finlay’s latest just happened to be a PI and he was in turn searching for his missing partner. So she offered to help him. They traced the partner back to a diner and was able to lift off some prints of the last man that saw her alive. However records show that prints belong to Jerry. As in the same guy serving several life sentences.

And the match they got on him was of his middle finger as if he wanted to give them that particular finger!

The real Gig Harbor Killer, full name Jared Briscoe, had his middle finger bitten off during a prison fight. He told Russell he never knew what the other inmate had done with it but if he had to guess – he would say it was sold on the black market. Because, you know, that’s the type of fans he has.

Though this copycat sure went through a lot of work to get everything right. Shaw, the PI, and his partner Carrie both worked the case back in Seattle and from his partner’s notes – he could tell she started to catch on to there being a copycat long before anyone else did. Sort of like the similarities were too hard to ignore. And yet Jerry claims not to like that. He said he didn’t want anyone else infringing on his work.

Jerry has always fessed up to the murders. As matter of fact that’s kind of the only thing the police had on him. There was never DNA and any other evidence was at best circumstantial. So without his confession – Jerry’s arrest and sentencing would have been moot.

And that is what Jerry’s mysterious twin is fighting. During the investigation, they looked into the high priced attorney that was on Jerry’s case and it seems the twin Jerry allegedly doesn’t even know about has been secretly paying his lawyer fees. Paul Winthrop is a self-made millionaire and according to him he’s never met his brother.

He says he only found out he had a brother after he saw Jerry on the news being hailed as a serial killer. Apparently, the two of them were separated at birth and adopted by different families. But when he did find out about this brother – he did some digging and he soon realized that his brother couldn’t possible the killer.

Paul says Jerry was delusional when he confessed and after dragging the legendary killer before him to answer some questions – Russell is also starting to question whether or not Jerry is their killer. The last time he was on this case it got personal for him so now he’s wondering if his mindset arranged things to be the way he wanted them to.

Finlay on the other hand believes they got their guy. She just questions if he had a partner in all of this because the brother arriving on the scene was quite convenient.

Further evidence even backed up her hypothesis. There was an odd blood splatter at the scene and Stokes later figured out the platter was depicting the Gemini constellation. Then sticking to the Gemini route – they found all sorts of things connected to it. Including another crime scene and this time they retrieved the body of a victim that had gone missing from Seattle.

That admission had allowed Jared and his brother Paul an honest shot at Jerry’s release. So Russell could get in trouble but what mattered at the time was saving his friend and that’s something he can’t regret!