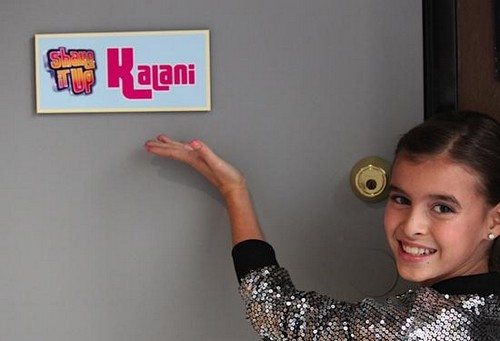 Tonight on lifetime DANCE MOMS continues with a new episode called, “No Solo for You.”  On tonight’s show Abby gives Kendall a solo, much to the dismay of Kira who wanted Kalani to compete against Maddie, because she fears Maddie will lose. Also: Abby adds a dose of negativity to Holly’s new book on positive affirmations.  Did you watch last week’s ninth episode?  If you want to get caught up you can read our full and detailed recap, right here.

On last week’s episode Chloe and new girl Kalani went head-to-head on the dance floor to determine once and for all who’s Abby’s go-to girl. Jill’s upset when Abby promised a starring role to the winner of an improv dance off, only to revoke it when her daughter Kendall won. Meanwhile Abby pushed Mackenzie’s pop career with a challenging solo.

On tonight’s episode with wannabe Dance Mom Kira in tow, Abby travels to NYC. Kira desperately wants Kalani to compete against Maddie this week, but Abby doesn’t want Maddie to lose, so she gives the other solo to Kendall.

Tonight’s episode is going to be another drama packed one, which you won’t want to miss. So be sure to tune in for our live coverage of Lifetime’s Dance Mom’s Season 4 Episode 10 – tonight at 9PM EST! While you wait for our recap, hit the comments and let us know how excited you are about the new season  of Dance Moms tonight.

Tonight’s episode of Dance Moms kicks off with Abby revealing her dancer’s pyramid for the last performances. In a shocking change of events Maddy is on the bottom, Chloe is above her, Mackenzie is above her, and the top of the pyramid goes to Kalani. Abby reveals that this week they are going to Detroit for a dance competition, Maddy and Kendall will be performing solos. Kalani’s Mom Kira interrupts and asks Abby why Kalani can’t go up against Maddy for the number one spot on the team. Abby informs Kira that Kalani was brought on the team to dance with Maddy, not compete against her. Kira wants them to perform against each other in a competition so that Abby can see that Kalani is better than Maddy. Abby begins teaching the girls their dances for Detroit, and the Moms head upstairs to watch.

Abby thinks that since Detroit used to be a booming city and is now poor and devastated, they should tell that story in their dance. Holly thinks that Abby is pushing the envelope and will upset the people in Detroit by mocking their struggle.

The Dance Moms arrive at Holly’s book launching party to support her, Abby arrives shortly after and causes a commotion. She announces to everyone at the book signing that Holly should put her “pamphlet in the waiting rooms at gynecologist offices.”

The next day Abby continues drilling the girls on their dances. She announces that she won’t be at the studio tomorrow, and Jonah is in charge, but none of the mothers better try to change the costumes, dances, or music.

Kendall begins crying because Abby says it is a “battle teaching her the routine.” She asks Abby if she can go to the restroom and Abby says, “No! You’re not going to the bathroom to cry.” Jill rushes downstairs and tells Abby that it isn’t her fault that she can’t learn the steps, she can’t concentrate with Abby screaming at her. Jill takes Kendall into the backroom and comforts her while she cries.

It’s one day before the competition, and Abby isn’t at rehearsal. Her instructor is working with Kendall trying to teach her the solo dance moves. She still isn’t getting the steps down, the same ones that she got wrong the day before when Abby was there, so obviously Abby screaming at her isn’t the issue.

It’s the day of the Detroit dance competition and Abby is prepping her team before they take the stage. Kendall begins her solo that she has been struggling with all week. Abby watches from the audience and mumbles about how “sloppy” her dancing is. Maddy performs her solo dance, and Abby appears satisfied.

After the dances, Abby catches Kira and Kalani arguing in the hallway. Kira wants Kalani to dance a sola at the competition, even though Abby told her not to. Kalani refuses because she doesn’t want to upset Abby. Abby informs Kira that her daughter is NOT dancing a solo today, and Kira needs to stop undermining her, she “doesn’t need another Christi and Kelly on the team.”

The dancers head back out on the stage and perform their group dance. Abby and the Moms were pleased with their performances. Afterwards Ava and her Mom Jeanette head into the Abby Lee’s dressroom. She tells them that they did well, but her daughter Ava had them beat. Kira snaps on Jeanette and tells her that Kalani could “put her kid in a grave any day.”

Next the dancers have an improve solo dance competition. The dancers are narrowed down to Chloe, Kalani, and another team’s dancer. Not only did Chloe beat Ava, but she also beat Maddy. Kira guaranteed Abby that her daughter Kalani could beat any of Abby’s dancers. Ironically, Kalani and Chloe both lost, and the first place award went to a girl from another team that no one had ever heard of.

After the competition Abby lectures Chloe in front of the entire team about how she screwed up in the improve dance. Christy is furious that Abby is lecturing Chloe, when she even beat out Maddy in the improve dance. Christy storms out and Abby follows her, yelling at her. Christy informs Abby that she is not “scared of her, and she refuses to back down to her.” She also adds that Abby is “just like her Mom, a f—–g psychopath.” Abby is speechless.