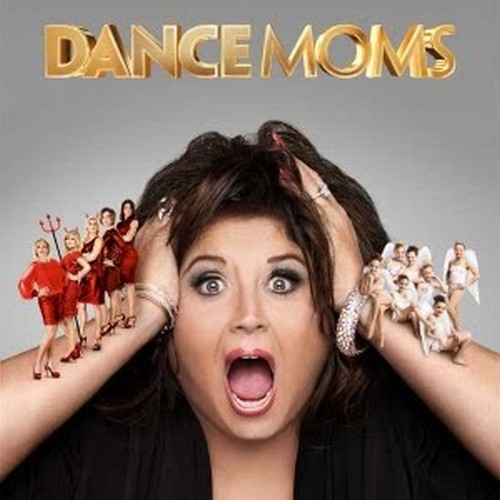 Tonight on lifetime Dance Moms continues with a new episode called, “Lights! Camera! Dance!”  On tonight’ episode Melissa lets the power go to her head when she exerts control over Mackenzie’s music-video shoot. Meanwhile, the dancers feel the pressure to continue winning after racking up 13 victories in a row. All of the dances are dedicated to Abby’s ailing mom.

On last week’s episode with her mother’s health declining, Abby left the girls and moms to fend for themselves at last week’s competition. Abby’s announcement of the impending arrival of a brand new team loomed over Abby’s original team.  Abby claimed she can have twice as many wins at competitions by adding a second team.  Did you watch last week’s episode?  We did and we have a full recap, right here.

On tonight’s episode Melissa takes control during Mackenzie’s music video shoot, but the power quickly goes to her head. After racking up 13 wins in a row, the pressure is on the Abby Lee Dance Company to continue their stellar winning streak. All the dances this week are in tribute to Abby’s ailing mother and emotions are high.

Tonight’s episode is going to be another drama packed one, which you won’t want to miss. So be sure to tune in for our live coverage of Lifetime’s Dance Mom’s Season 4 Episode 15 – tonight at 9 PM EST! While you wait for our recap, hit the comments and let us know how excited you are about the new season  of Dance Moms tonight.

Tonight’s episode of Dance Moms begins at Abby Lee’s dance studio.  Even though Abby’s Mom is in hospice, she has decided to come in and work at the studio. Abby congratulates the dancers on their 13th win last week, and then announces that her new dance team will be here next week.

Abby reveals the pyramid from last week’s competition.  Nia, Kendall, and Kalani are on the bottom of the pyramid.  Mackenzie and Chloe are in the second row of the pyramid, and Maddie is of course on the top.

This week the dance team will be heading to a competition in Buffalo, and Abby has dedicated the dances this week to her Mom’s success.  Maddie and Chloe will both be performing solos.  There will be one group dance, they will be performing to the song Amazing Grace.  Mackenzie will be sitting out of the group dance because she will be busy shooting her music video.

James, the assistant choreographer, begins working with Chloe on her solo dance.  She will be performing a musical theatre dance with a 1950’s theme.

Abby takes the rest of the team to Melissa’s house to shoot a scene for Mackenzie’s music video.  Melissa sits in her living room with the other Moms while Abby works on the video shoot.  A group of Moms head into Melissa’s living-room, their daughters are in the music video, and they are also members of Abby’s dance studio, they are jealous that their daughters aren’t on the actual competition team.  Melissa curses the Moms out and she tells them to put their shoes on and leave, she even threatens to call the police.

The next day all of the girls head back to the studio to learn their routines for this week’s competition in Buffalo.  The “Amazing Grace” routine the girls are learning was Maddie’s routine last year, they are just turning it into a group dance. While they are practicing Abby begins yelling at Nia and nit-picking everything she is doing.  Abby tells Nia to go upstairs and get her Mom so that her Mom sees all of her mistakes.  Abby breaks down at rehearsal and cries, and reveals she will not be going with the team to Buffalo, she needs to stay with her Mom.

The Abby Lee Dance Team heads to Buffalo for the Masters of Dance Competition without Abby Lee.  The Moms argue in the dressing room while the girls get ready for their performances.  They are all feeling the pressure because they are going against a team called Studio Larkin that has beat them in the past.  Maddie takes the stage, and the Moms think that she “nailed it.”  Chloe performs her 50’s dance next.  Chloe’s Mom thinks that she looks great on stage, but her choreography is not competitive.  After their solos the dance Moms congratulate them.  They call Abbie before their solo performance and she tells them not to worry about the judges and to go out there and entertain the crowd, the girls go out on stage and perform “Amazing Grace.”

It’s time for the awards ceremony, Chloe came in 5th place with her solo and Maddie came in 1st place.  The overall group dance scored 2nd place.  The Abby Lee Dance team’s winning streak has come to an end.  After the performance, Gia called Abby and told her that they lost, but shockingly Abby wasn’t upset.  She told them it wasn’t about the competition this week, it was about honoring her Mom with their tribute dances.