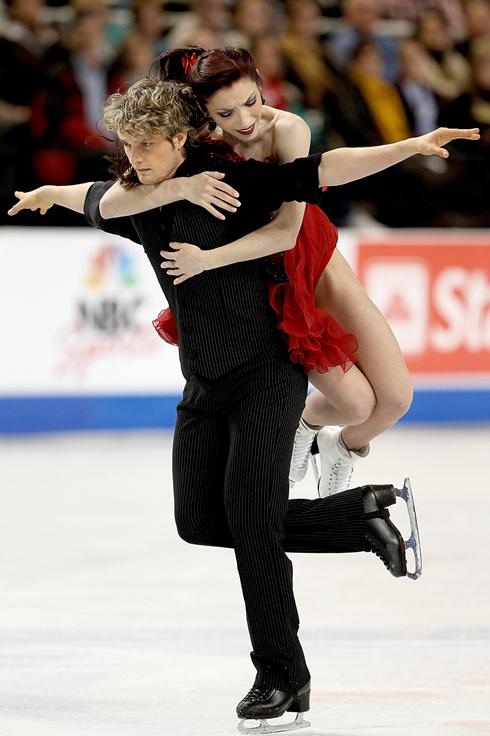 This morning ABC unveiled it’s list of new competitor’s on the upcoming season of Dancing With the Stars. Newly crowned Olympic champions, Meryl Davis and Charlie White are leading the fight for the mirror ball trophy and ABC is absolutely banking on a gold medal showdown that pits the veteran partners against each other. But is it fair? Not at all and here’s why.

Ice dancing is quite literally ballroom dance on ice. Meryl and Charlie competed as a team for 16 years and each season they trained a different technical rhythm dance. Tango, rhumba, samba, Paso, waltz, quickstep, jive- they have not only done it all before, but they have won medals for their performances! In order to put ballroom on ice you first have to perfect it on the floor so these two are walking onto the set of DWTS with a ridiculous advantage that most people won’t realize exists.

Obviously, the battle between these two will be really interesting. Skating fans have always seen them together so pitting them against one another will allow us to get a good look at their individual skills. But is it fair to every other star that signed on to compete? Not at all. The incentive to actually win can’t possibly be there because barring injury there is absolutely no way that either Meryl or Charlie will both lose. In fact I have to wonder if in the end ABC won’t decide to play super nice and call it a tie.

Should trained ballroom dancers be allowed to participate as contestants? Honestly both Charlie and Meryl could easily step into the shoes of the pros and do a bang up job! Tell us your thoughts on the new DWTS’ cast in the comments below!