BY Nicholas Sanford on May 9, 2014 | Comments: one comment
Related : Dancing With the stars, Hot Celebs, Hot News, Spoiler 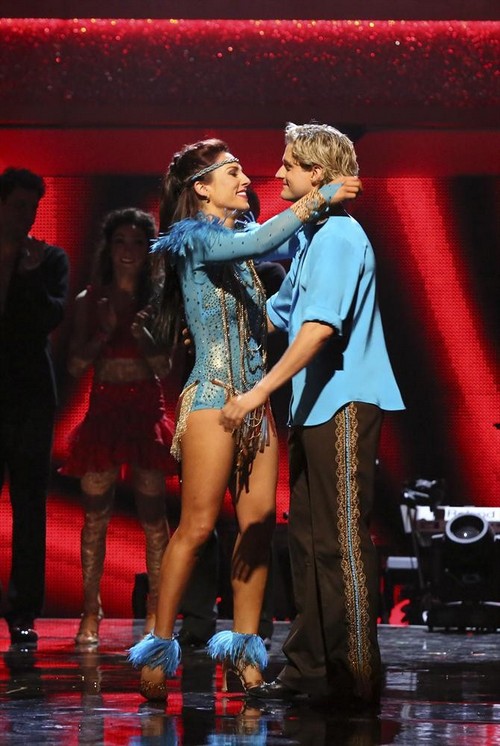 Dancing with the Stars season 18 episode 9 will be airing this coming Monday and, unfortunately, we’ll have to say goodbye to another duo. But just because the night’s going to send another team packing doesn’t mean the show won’t be jam packed with fun times, too! On this episode, Emmy award-winning choreographer Kenny Ortego will make his debut as a guest judge and the remaining couples will have to channel their inner awesomeness.

The couples will each be dancing TWO routines accompanied by the music of modern and legendary American icons. Some of the icons featured will be Beyonce, Elvis, just to name a few.

Sounds like a blast, right? If you missed last week’s episode click here to get our full recap, where you can also review last week’s performances. Last episode, we said goodbye to Danica McKellar, who was partnered with Val Chmerkovskiy. So are you interested to see what style each couple will be performing? If so, check out the list below.

What do you think of that lineup? Which couple are you most looking forward to watching? Do you have a favorite so far and, if so, do you think they have what it takes to come out on top and score that mirror ball trophy?