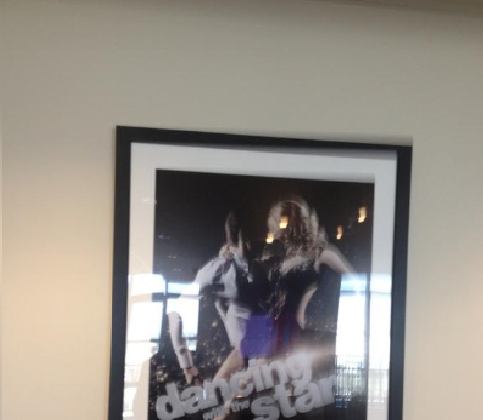 It’s time to speculate who might be joining the next crop of celebs on Dancing With the Stars. While the list isn’t nearly close to being finalized, we do know for sure that James Storm, a professional wrestler, has taken a meeting with ABC honchos to discuss being part of season 19. Storm posted a pic to his Twitter account mentioning the meeting and my guess is that he wouldn’t have done that unless things are looking pretty promising. Along with the photos, he said, “Just arrived for my meeting with ABC. These boots are made for dancing not walking.”

Storm has wrestled for the TNA organization under the name “The Cowboy” since 2002. He is primarily involved in tag team matches, which would really come in handy if he is joining DWTS. He is already used to protecting a partner and wrestling is a highly choreographed sport — so while the ballroom dances would be completely new to him, he already does bring a bit of skill to the ring, erm, ballroom floor. Do you hope that this rumor is true and that Storm will indeed be competing for the next mirror ball trophy? If so, who would you like to see him partnered with?

Season 19 is coming up quickly…who would you like to see in the cast? Maksim Chmerkovksiy has already confirmed that he won’t be returning to dance as a professional so who do you think might replace him? There are also rumblings that Maks could be moving onto the judging panel, would you like to see him judging his peers each week? Does it almost seem like a logical next step for Maks? Tell us your thoughts in the comments below!