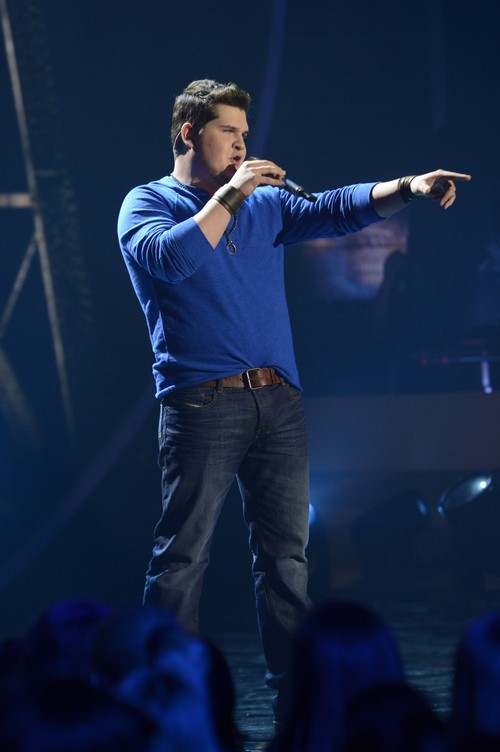 Dexter Roberts sang, “Boondocks” by Little Big Town for his song choice for the “(I’m With The) BAND!”– themed performance show. The IDOL hopefuls will act as the lead singer for Rickey Minor and his band, performing their favorite songs. Did you watch tonight’s performance show?  Just in case you missed tonight’s show we have you covered and you can read our full and detailed recap here!

On last week’s episode Caleb sang “Edge Of Glory” by Lady Gaga and Jennifer liked her rendition saying, – “I’m kinda between the two of them. I just felt like, again you sound great, it was lacking the feeling for me. I believe you in your other performances that you sang, I felt like you were just showing off vocally. If you are going to pick a song by Lady Gaga make sure it is a song that you feel every word of.”