Donald Sterling Surrenders Ownership Of The Los Angeles Clippers, Throws All Responsibility In His Wife’s Lap 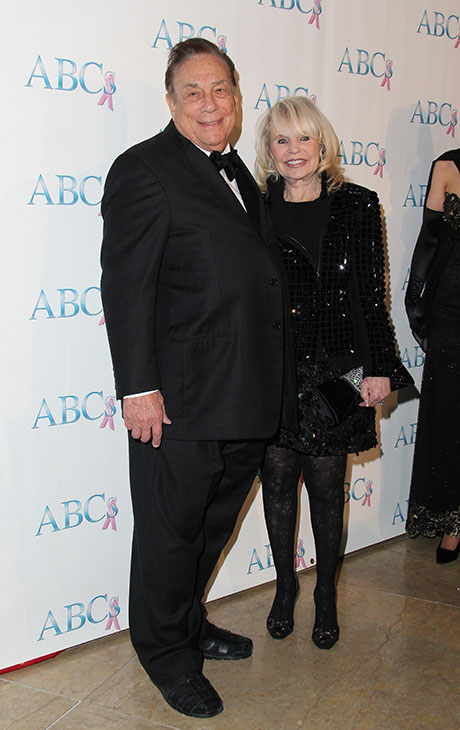 April 25th is the day that Donald Sterling‘s infamous recording broke loose from TMZ. Donald made exclusionary remarks about ‘black’ people that were immediately greeted with outrage – even President Obama took time out to criticize Donald. What made it an ongoing issue was that Donald was the owner of the NBA Los Angeles Clippers.

But it’s almost been a month and the Sterling Saga won’t die off. Every day there are new stories from numerous sources. We know the specifics: He’s been banned for life, fined a $2.5 million fee, and refuses to sell the Clippers. But like all endless trilogies, the hype won’t die off. Every day there seems to be more players: Magic Johnson, Sterling’s wife, V. Stiviano, etc…

And Sterling doesn’t understand that the hype is doing more harm than good. Everyone from Mark Cuban to your grandmother has an opinion about Sterling.

In his Anderson Cooper interview, Sterling apologizes, but then criticizes Magic Johnson. What any lawyer would tell a public figure with so much to lose, such as endorsements and public opinion, is to apologize to the public and keep a low profile. Not to court publicity.

But Sterling did things his own way. Although he had the financial means — he IS a billionaire — he refused to hire a lawyer. Instead of apologizing profusely immediately after the recording was leaked, Sterling stayed quiet and allowed others to speak for him.

He recently acquired a lawyer, according to TMZ . But he was too late. On May 27th, Sterling has to respond to the NBA, “which on Monday ‘initiated a charge’ seeking to terminate all ownership rights in the franchise…” Sterling has a lot to lose, and he still has not responded through the media. Instead, he’s left others to say things about him and twist the story. Such as V. Stiviano.

V. Stiviano is the visor-wearing alleged girlfriend of Sterling. Although she claims that she was hired by Sterling, Sterling begs to differ by offering sordid details about their sex life. And her Dr. Phil interview only increases the hype of the Sterling Saga.

For Donald Sterling, the only way to stop this hype and go away is to listen to his lawyers and not seek unwanted attention.