Eileen Davidson Set To Return To Days Of Our Lives: Prepare For A Powerful Kristen DiMera Story Arc! 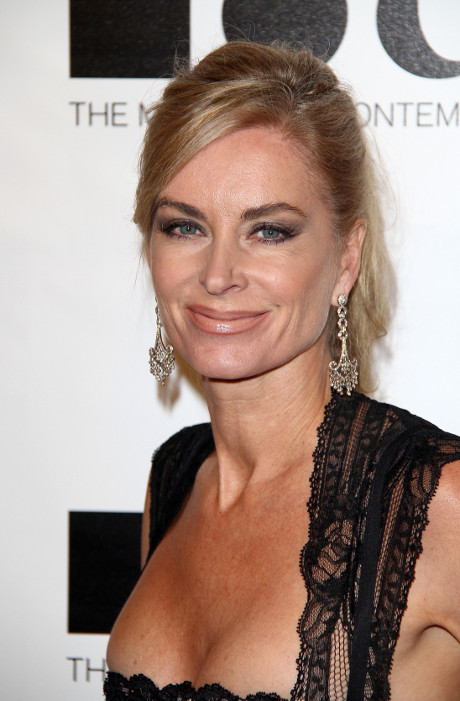 Eileen Davidson is returning to Days of our Lives, according to reports by TV Guide! The magazine reports that a representative from the show has confirmed that Davidson will be returning to the set in March to begin filming what’s described as a “very powerful Kristen DiMera story arc.” Davidson opted not to return after her contracted ended with DOOL in July 2013, citing the need for “more personal time” as the reason for her decision to leave the show.

This is huge news for DOOL fans, coming in hot on the heels of Alison Sweeney’s announcement that she’s leaving the show once her contract is up this spring, AND the news that One Life To Live fan fave, Kassie DePaiva, is coming to the show as a re-cast Eve Donovan. Between the recent cast changes, and the announcement that Days has been renewed for another year, the only remaining NBC soap has certainly made waves in the headlines recently. By the way, soap fans, all this recent attention means very good things for our beloved shows!

Co-executive producer, Greg Meng, promises TV Guide that “the writers have some great things cooking for Kristen and we can’t wait for the fans to see what this will mean for Salem.” Hmmm…Davidson’s return seems to coincide with Sweeney’s exit…could it be that Kristen will have a hand in Sami’s exit from the canvas? We shall see!

Either way, Kristen’s return to Salem is sure to be as sensational as her last. Don’t expect to see Eileen’s face returning to your screen right away, however. As most of you know, Days of Our Lives films months ahead of schedule and Davidson’s first air date isn’t anticipated to air until sometime over the summer.