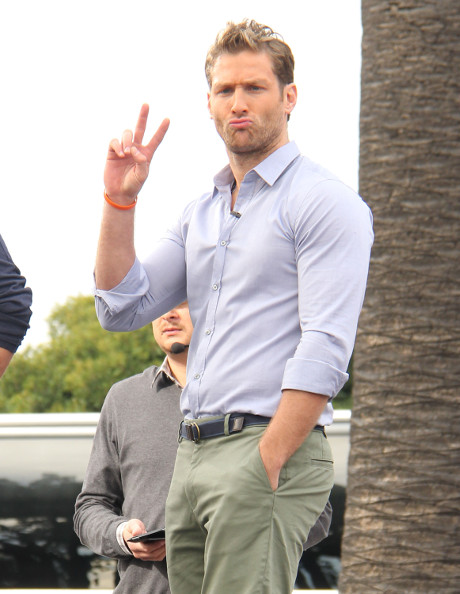 First grade teacher Elise Mosca, and former soft-porn video star, has caught a lot of Bachelor fans’ attention over the course of the last few weeks. It all started when a bizarre video of her in lingerie with several other girls surfaced, then a source came forward claiming she was Jersey Shore star Mike “The Situation” Sorrentino’s former booty-call, and then we discovered she was a former video vixen and actually starred in one of 50 Cent’s rap videos. But, has she actually caught The Bachelor Juan Pablo’s attention? How far will Elise Mosca actually make it on The Bachelor season 18?

Reality Steve has made a living off releasing Bachelor and Bachelorette spoilers over the years. He’s actually been so spot on that he has ended up being dragged to court for spoiling the popular reality series. That all changed last year when, for the first time ever, Reality Steve was wrong about the winner of The Bachelorette. Some fans are doubting Reality Steve’s credibility now, but so far his Season 18 spoilers have been dead on. According to Reality Steve, we won’t have to listen to Elise whine about not getting a 1-on-1 date with Juan Pablo or throw her fellow Bachelor contestants under the bus for much longer.

Elise Mosca will actually have a pretty short run on Season 18 of The Bachelor. In Episode 4, Juan Pablo and the remaining 13 women will travel to Seoul, South Korea, and apparently Elise doesn’t charm Juan Pablo while they’re there. Juan Pablo eliminates Elise Mosca at the Rose Ceremony at the end of Episode 4. Hope you enjoyed your ten minutes of fame Elise, and it was really worth possibly losing your teaching job!