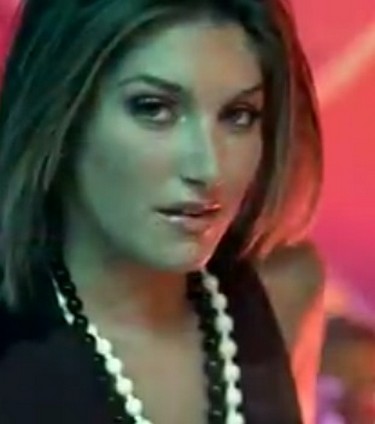 Every season of The Bachelor a scandal erupts, and we find out one of the girls isn’t exactly who she claims to be. But, no one expected it to be Elise Mosca, the wholesome first grade teacher from Pennsylvania. In Episode 2 of The Bachelor 18 Elise refused to take her clothes off and pose in a risqué photo-shoot with Juan Pablo for charity. Elise claimed that she didn’t want to ruin her image, or “let down” her students. Just hours after her honorable display of morals, a video emerged of Elise, and it’s safe to say it ruined her image. The bizarre film, which is being classified as “soft-porn” features Elise and half a dozen other women sitting on a couch in lingerie rubbing each other and roasting marshmallows in a fireplace. The video, “Yule Tide Hotties,” has gone viral and Elise is the talk of Bachelor Nation right now.

The same day Elise’s semi-porno emerged, a source came forward and stated that Juan Pablo isn’t the first reality star that the first-grade teacher has pursued. It turns out Juan Pablo was actually getting Mike “The Situation” Sorrentino’s sloppy leftovers. Apparently Elise was obsessed with the Jersey Shore star. Mike wasn’t really that into her though, he just called her for “booty-calls.”

Could it get any worse for Elise Mosca? Well… yes. It turns out when Elise isn’t roasting marshmallows in lingerie and body-glitter, and hooking up with members of the Jersey Shore Cast, she is moonlighting as a video vixen. Elise Mosca actually was in 50 Cent’s raunchy music video for his song “Outta Control.” Apparently the first grade teacher is a woman of many talents. The even sadder part about her role in 50 Cent’s music video? She got the least amount of face-time of all the girls there!