Extant Detailed Recap “Care and Feeding; A Pack of Cards”: Season 1 Episode 9 and 10 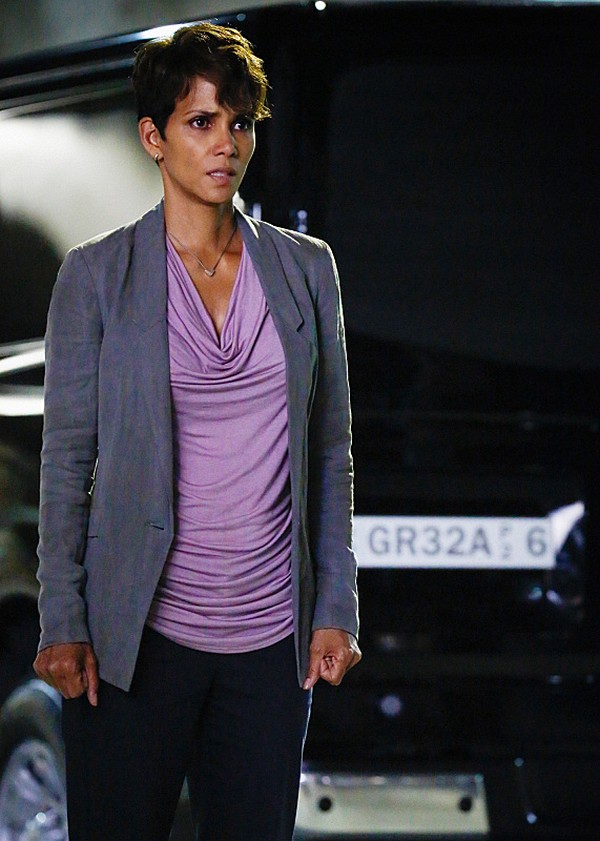 Tonight on CBS Extant returns with two new episodes called, “Care and Feeding” and “A Pack of Cards.” On tonight’s episodes Sparks flees with Molly’s baby to a remote location, after being influenced by a vision of his deceased daughter. Meanwhile, Yasumoto and Molly are forced to rely on each other to track down her offspring.

On the last episode convinced the agency had her baby; Molly was determined to find out where. Meanwhile, John discovered new and startling advancements in Ethan’s programming, and Kern held Kryger hostage in an attempt to recover the incriminating video he stole from the ISEA. JoBeth Williams guest stars as Gordon Kern’s mother. Tessa Ferrer returns as Katie Sparks, Alan Sparks’s astronaut daughter. Did you watch the last episode? If you missed it we have a full and detailed recap, right here for you.

On tonight’s episode, when Sparks falls under the influence of the vision of his deceased daughter, he flees with Molly’s baby to a remote location. Now, Yasumoto and Molly must rely on each other to track down the offspring.

Molly’s baby is dangerous. Now that it’s been released from its cage (or incubation chamber) it’s using an illusion of Katie to manipulate Sparks into setting him free into the outside world. And the poor deluded and grieving father was just ultimately too weak to resist the temptation. As long as he thinks he can have his daughter back then Sparks is going to anything he can to assist the baby in whatever it wants.

But that’s the problem the world as a whole is facing – no one knows what this Alien wants. He or it has tried several times to visit earth by latching itself onto women all the while pretending to be a pregnancy. And now that it’s arrived at its final destination – it has all the power. Kryger attempted to explain his actions in almost killing the baby by relaying said info yet Molly refused to listen to him. To her, it’s still her baby and she naturally wants to defend him as any mother would do. Even if that means she has to allow that thing to grow into a murderous machine.

Kryger remembered what the baby did to him when they were on board his ship together and after hearing about Katie – he’s more prepared than ever to get to the baby and destroy it before anyone else has to suffer. So he locked Molly in at the facility to make sure she wouldn’t interfere with his plans. Then he and Kern went about trying to find the baby albeit for different reasons. Well, at least in the beginning. Kern didn’t come to see the baby as the threat it was until he saw for himself how much it was growing and once the danger was established – he chose to side with Kryger on what to do next. Or at the very most appeared to agree siding with Kryger. One never knows with Kern!

While under the baby’s influence, Sparks terminated his agreement and secretive job with Yasumoto. He had claimed to be “not the man for the job”. He said that after he had already lied to his boss about the baby escaping on its own volition. However Yasumoto involvement in this case wasn’t quite over despite Sparks telling him to move from the lost cause. John had gone to Yasumoto. The other man had needed help finding his wife and thought his boss was a man of integrity which was why he went to him believing if they worked together they could possibly save Molly from Sparks.

Then, later on, Kern also went to Yasumoto with his own unique version of events. But as Yasumoto is deliberating his next course of action, from the safety of his own home by the way; Molly risks her life to escape the facility.

She managed to gain the upper hand with one of the guards sent to fetch her and he told her something interesting in exchange for her not shooting him. He told her he knew where her family was and prior to that she thought they were safe at home.

Yasumoto had convinced John that he could keep Ethan safe. Though neither of them had suspected the people that would be around the boy as part of his protection would be the real danger. Julie’s new boyfriend Odin and Femi are both firm believers in the evil hidden in technological advancement. So their sole purpose in life is destroying someone like Ethan.

And before Molly could go on a rescue mission, her prisoner received a call. Molly answered his phone and the other side of the phone call Yasumoto asked her to come in. He said they needed to talk.

Yasumoto is willing to help Molly find her baby and then afterwards he states he’ll help her and her family live normal lives under his protection. All Molly has to do to uphold her end of the bargain is find Sparks and get her baby back. Easy, right? Except the deal sound too good to be true!

The man Yasumoto arranged to go with her is supposedly a doctor that believes in their cause. The doctor says he doesn’t want to risk the baby getting into the wrong hands. Though he later “disagrees” with Yasumoto about how the other man handled the whole situation. Then he plays on Molly’s weak state of mind by promising her she’ll be reunited with her child soon enough.

[10:30:41 PM] Kristine Francis: Which child is that? The one she lost all those years ago or the one that’s living and feeding off of people. That is what the baby is doing after all. Sparks had wanted to give him food but “his daughter” had informed that’s not what “he” eats.

The baby’s victim continued to live on pass the dinner bell and yet the cop wasn’t the same. He began killing people and he also acted like he was covering Sparks’ tracts. As if he had been turned into a minion incapable of original thought.

The minion, as he came to be, eventually found Kryger and Kern during their manhunt for Sparks. He entrapped them by saying he could lead them to Sparks. Then when the time was right he attempted to kill them. Luckily though they managed to escape him but soon afterwards Kern started to experience detox. And so Kryger told him if he turns out to be dead-weight he’d leave him just like he left Molly.

Kern hadn’t known that Kryger had betrayed Molly. He had thought they had gotten split up in all the chaos so he asked Kryger how he could betray a friend. And Kryger had said he did what he had to. Unless Kern is as off tract about the baby as Molly – he should understand Kryger’s reasons.

Kryger and Kern overpowered the minion harassing them and they used him to find Sparks at the cabin he was hiding out in. Sparks had wanted to take “Katie” to the cabin they used to use and he had even invited his ex-wife Anya to come join them. She didn’t know what to think upon seeing her dead daughter returned to life as a child. Yet she went along with what Sparks wanted.

The two of them got to be happy as a family again along with an apparition of course. And because they never wanted it to end – they kept on feeding the baby. They didn’t like that part but somehow contrived a way to be free of their guilt.

Although, they were technically being extorted (if they didn’t help it then it was going to take away Katie); the Sparks family started to believe in the baby being part of a high being. So they began to listen to it and follow orders without complaint. As for the baby, it wanted his mother.

But not for sentimental value. Molly received a sign from it that Yasumoto’s man was using her and with his help – she escaped just long enough to call John and warn him. Meanwhile John starts to craft a plan to get Ethan from out under Yasumoto’s “protection”. However, unbeknownst to himself, Julie had left the lab. She thought the situation was handled so she went home probably for a change of clothes.

So Ethan didn’t know who to turn to for help and seeing as he had been getting closer to Odin recently – he left with Odin in his car.

Molly did come to find her baby and rather than the happy reunion she was expecting – even her child planned on using her. The baby created an illusion for her like he does with all his victims. And he made her turn a ship that was already in space around. For some reason he wanted that ship on a course heading to Earth.

Then once the baby was done with that – he commanded Sparks to take Molly with them. She was still under its enchantment and he had used another minion to keep her under control.

That’s how Kern and Kryger found them. And seeing Kryger was finally feeling guilty about abandoning Molly – he ignored Kern’s advice to formulate a plan and just acted. He came out shooting and it was the shots that woke Molly up from the dream-like state.

The guys saved Molly from being abducted, but Kryger was fatally wounded in the process. Plus they were unable to retrieve the baby. Though, before he died, Kryger tried one last time to get Molly to see reason. He told her that she was the one that brought that thing to earth so she most also be the one that destroys it. What do you think? Can Molly kill something she still views as her child?