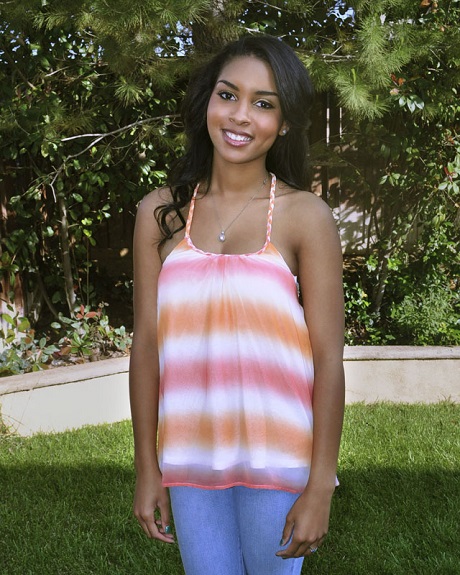 With labels such as “the family who will do anything to get famous,” the Artiaga family may be unfairly judged. This family, who stars in The CW’s Famous in 12, has more than just a desire to be famous. The Artiaga family members also have a great deal of talent, so don’t count them out! The tight family from Beaumont, California is putting all of their collective efforts into making it big in 12 weeks. The show is a social experiment developed by an impressive group of producers, including the production company of TMZ’s Harvey Levin.

TMZ is participating in Famous in 12 by constructing various media opportunities for the family and highlighting their Hollywood presence on TMZ.com as well as TMZ on TV. Additional experts are brought in to provide guidance as the family runs (not walks) on their path to fame. Ultimately, the family is responsible for pulling off the challenging feat in 12 weeks! And while there are thousands of families who’d love to have a shot at fame, each of the members of the Artiaga family have impressive talent to back up their desire to be famous — and to give them the advantages they need to remain relevant in the harsh world of celebrities.

CDL had the opportunity to speak with Artiaga daughter, Maariyah. At 19, she is not only stunning but extremely talented. The melodic Maariyah, who sings in both English and French, has hopes of becoming a pop singer. She shared with CDL exclusively some of her goals and gave us all the details on what it’s like being thrust into the spotlight.

Maariyah shared with us that her life has definitely changed fast. “We are from a small sleepy town so being in Hollywood is definitely different. Everything has been so fast, fast, fast! I am just happy that I have my family with me,” Maariyah tells us. She says she couldn’t imagine going through this without her family.

As the most quiet one in the family, Maariyah has had the biggest adjustment to make when it comes to being in the public eye and being on camera and on call 24/7. She tells us, “There are people around all the time. You have to really be aware because the cameras are always on you. I am the quietest one—the most laid back, chill person [in the family] so not having privacy is something I am getting used to.”

Despite the lack of privacy, there are obviously perks to being famous. Maariyah shares that she enjoys being able to do something fun every day. No matter how much work is involved, she is really enjoying what she’s doing because everything has been really fun and is helping her on her path to becoming a pop star. She enjoyed meeting new people and working towards her career. We asked Maariyah if this experience has made her feel any differently about what celebrities go through. She tells us, “I definitely understand what they go though. Once you live it, you understand the amount of hours you have to put in. You are giving your life to the public.”

Maariyah says she feels compelled to stop to take pictures and sign autographs because she owes that to fans. Maariyah has been a little star struck herself! A meeting was set up for the family with Jonathan Cheban (featured in the episode airing on June 17th) to get some guidance from the PR guru. Not only did Maariyah feel like she learned something from the meeting, but she tells us she felt a real connection to Jonathan, “I felt like he liked me and wanted to be my friend. I feel like we were able to bond and had a real connection.” She even describes their meeting as her most memorable experience since the show began! Let’s face it, if you are seeking guidance on how to garner publicity, who better to go to than Jonathan Cheban (aka Kim Kardashian’s BFF)?

While the meeting with Jonathan may have been her most memorable moment, we also asked Maariyah about her craziest experience to date. She tells us, “for sure it was the time at Craigs with Shelly Sterling!” Maariyah explains that sister Jameelah came up with the idea to jump up and walk out with Shelly as she was leaving the restaurant. They walked right into a frenzy of paparazzi and reporters. Smart idea! The girls were all able to get in the shots with Shelly, as well as video posted by TMZ, as they pretended to help the wife of Donald Sterling wade through the endless photographers to her car.

Maariyah tells us, “That is the thing with my sisters and [me] — when one has a crunch plan, something we have to do right then, we all back each other up.”

This young lady is one classy act to follow. Not only is she sensitive to making sure she is available to fans, she prides herself on maintain her virginity, labeling herself the “world’s sexiest virgin.” In a world of celebrities who feel it’s a necessity to be promiscuous and flaunt their over-the-top, “anything goes” sexual antics, Maariyah’s virtue is a breath of fresh air. She says what she loves most about being famous is the platform it gives her to spread positivity among young women.

Maariyah says the most appealing thing about being famous is “definitely the influence famous people have. I have a passion and my platform is that I care for young girls. You reach so many people and can use your voice to promote positivity.” I think we need more young women like this in the world!

Becoming famous in 12 weeks cannot be easy. So we had to ask Maariyah what it takes to meet this challenge. Maariyah explains that it takes 100% “passion, dedication, and confidence.” She explains that you must work hard to make it. More importantly, you must have the passion for something — then eat, drink, and live it. You must be completely dedicated to what you love and have a passion for, all so working hard will come more naturally. She also shares that you must have confidence and believe in yourself because no one will believe in you if you don’t believe in yourself. We think Maariyah is wise beyond her years!

We ended our terrific interview with this future pop star by asking what the family’s plans are once the show ends. Maariyah shares, “We plan to build an empire together as a family, and work on our [individual] challenges as well. We want to capitalize on this opportunity and promote our businesses. We feel blessed by this opportunity and are so grateful. We are going to take these weeks and run and run like never before.” Maariyah tells us that the family plans to continue to meet as many industry professionals as possible and continue working on building their empire. “We are going to be huge!”

We can’t wait to see where Maariyah’s exceptional personality and talent leads her: We expect to see the lovely Maariyah touring one day soon as she embarks on her future career as an international pop star!

Watch Maariyah and the Artiaga family pursue fame on The CW’s Famous in 12, which airs on Tuesdays from 8:00 – 9:00 PM ET. Tonight’s episode will feature Jonathan Cheban. Don’t forget to “Like” the family on Facebook and follow them on Twitter. The family members each have their own social media, so be sure to visit the show’s official site where you can find out more about the entire Artiaga family. Follow Maariyah on Twitter, too! 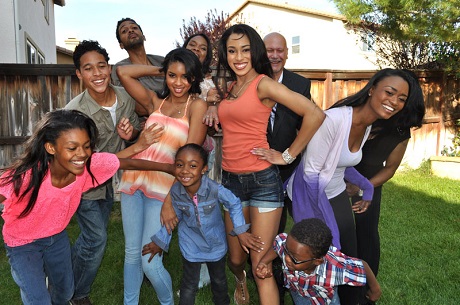