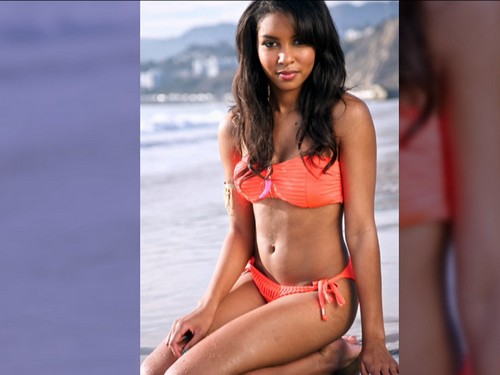 Tonight on the CW at 8PM EST Famous in 12 airs for it’s second episode of season 1. On tonight’s episode, “Fast Cars and Fancy Furs” a family continues to try and become the next Kardashian family, they’ve got 12 weeks to prove it.

On tonight’s episode the family in the U.S. continues to prove that they have what it takes to become famous. The question is: can they pull it off in 12 weeks? That’s the challenge in this unique social experiment that tracks the lives of one determined family as they move to the entertainment capital of the world – Los Angeles – and seek fame while being filmed around the clock for 12 weeks straight. Members of the family all have unique talents, and they will be guided by Harvey Levin and the TMZ machine, which will create a series of opportunities for them. Family members will also be constantly tracked via Twitter, Facebook, Instagram and YouTube to build their social media profiles. This information will be analyzed by the show’s “Star Power Meter” each week.

Tune in tonight to catch the second episode of Famous in 12 on CW – we’ll be right here recapping it for you live! In the meantime, let us know what you expect from the show.

Harvey talks about all the haters that are writing comments about the Artiagas. They are now on week two of their Hollywood experience. Angie says she can see that they have a lot to learn after watching themselves on episode one. She tells everyone to put their phones down and listen. She says they need to get ready to get famous. The girls talk that night about what they can do. They pile on the makeup as they talk about how to cause a media frenzy.

The girls hop in with her and put their arms around her. The paps go nuts and the girls are on video with her. One says that Donald is at their house right now and the paps scream out who are these girls.

After this, the girls hold a press conference to answer questions about the Sterlings because now the paps think they know them. Harvey thinks their idea was great to swarm her and says all the paps have photo and video of them. They are in Splash, X-17 and the other agencies.

They are ID’d only as the girls from Famous in 12 even though their names aren’t out there because no one knows their names. The TMZ newsroom laughs. At the house, Jameelah wonders what her brand should be and thinks it needs to be big and bold and thinks about PETA and if she could shoot an ad with them since she’s a vegetarian.

Jameelah has some puppies for her impromptu photo shoot and asks her sister to take her bra off so she can be topless with the puppies. She says she feels liberated. Her sister shoots photos, tells her to tuck her nipple and they hope PETA will be interested. Jameelah plans to head to PETA’s office in LA to get seen. They blow up one poster sized and walk into PETA. She’s in her undies behind the poster.

The receptionist says he’ll try to find someone to talk to them. Her sister tells her to go on a topless rampage if they don’t help. Two women come down to talk to them. Jameelah tells them that she’s used PETA to get out of high school dissection in a class and they actually emailed her teacher. They invite her upstairs to talk. Jameelah says she’s not wearing much. They take a look at the photos of her.

One of the women says they are not quite Khloe kind of quality but they can use her for a demonstration. She talk about James Cromwell being in a crate to protest monkeys being shipped. They talk about naked body painting and other stuff. Jameelah says she’ll contact them about her demonstration and asks if they’ll bail her out. PETA says they will.

Angie and Taliah head to Grauman’s Chinese to take photos with look-a-likes. They’re with a Tom Cruise looking guy and then Zach Galifianakis, Johnny Depp and others. Then they are approached by some people who recognize them from their show. They are then asked to be in a bunch of photos from people who assume they are famous. They oblige. “Fame” seems to breed “fame” like ringworm. Yikes.

Harvey talks to Angie about the Bieber racist video and says it’s attracting a huge amount of attention and says they need to figure out how to get in on it. The family heads out with protest signs calling Bieber a racist and asking him to go back to Canada. Harvey calls Angie again and says their protest is on a photo agency site and tells her good job.

Maariyah says are you saying you can’t edit a sc-fi novel because you haven’t been in that situation. Taliah takes up for their mom and says they all have an opinion. She calls Jameelah rude and says not to treat their mom like that. Jameelah tells Maariyah that she’s not qualified to give advice on the writing. The nit-picking continues. Angie is aggravated that the girls have made this about them instead of her writing.

The girls discuss what to wear to the Gay Pride Parade that weekend. Taliah says the gay community will understand them because they like to make people feel loved. They plot to go down there and get their names known ahead of time so their names will be screamed out at the parade. They head to West Hollywood to get their names out there. They take photos and talk to a ton of people – drag queens and more. They are out there late and getting advice from the guys on what to wear.

Next day, Harvey tells the newsroom about their efforts to promote their appearance at the gay pride parade. Harvey says they will have a TMZ bus out there and then the girls will be nearby. He wants to get the people on the bus to call attention to them so they get cheers and attention. One of the guys asks if the TMZ bus has always been gay.

The girls are kitted out in hot pink and are taking photos and carrying on. Photographers take notice and they are being asked to pose for photos. Their names are actually being yelled out by a lot of the people they met with. Taliah says the parade was definitely a success.

That night, Angie and the girls head to a club and Jameelah has called her boyfriend Omar to meet her so she can dump him there. She heads over and hugs him. They’ve been together for four years but she says it’s been dragging. She asks what he’s been doing and he’s pretty drunk and acting out. Jameelah asks him to go outside so they can talk.

They head outside and she says she can only have positive energy around her and says he’s stressful and drinks too much. He gets mad and says she should not be putting herself out there and hanging her body out for other men to look at. He tells her to use her brains instead of her boobs. She says that there are thousands of girls coming to LA every day and says she has to use both.

Jameelah says they have issues and she can’t be his girlfriend right now. She tells him to just go. Omar tells the camera that it sucks because he wanted to marry her and have kids. She thinks he was down grading her, putting her down and being negative. She says she’s determined to succeed. He says – whatever, you’re a mean person.

Next day, Jameelah asks her mom about how to get celebs to be friends with her – she decides to try Laurel Canyon dog park. Angie says they don’t have a dog and J says she can rent one. She heads to Bark n Bitches to see about that with her mom. She wants a super cute rental dog. They show her a little puffy dog named Bitsy – a Pomeranian. They rent her and head out to the park.

Jameelah is hunting for celebrities and walks her little rental dog around. She uses the phrase “Bye Felicia” when she doesn’t want to talk to someone anymore. Jameelah heads over to talk to a guy in a cowboy hat because it seemed ridiculous. Turns out, he’s a dog walker. He asks for her number and she shuts him down. She admits that today was a bust for meeting celebs.

It’s time for Harvey’s Reality Check. He greets them and they tell him that week two was exciting. He tells them that the gig with Shelly Sterling was epic. He says he was cheering and thought they might be able to do it. Then he brings up PETA and says he likes them. He tells Jameelah it was a good idea but the dog park was a bust. He brings up her “bye Felicia” phrase – he doesn’t like her dismissive mindset.

He shows her a photo of a guy in a chicken suit. He asks her who that was and they guess Justin Bieber and then Tom Cruise. He tells them it was Brad-Fricking-Pitt. He says if you bye Felicia him one day, then the next day he shuts you down because you’re so rude. Harvey tells them about the data analysis they’ve done on them and says they should be upset about the results.

Harvey says that they looked at their traction on social media. He says that 59% of people don’t care about Mike – they just don’t give a crap. Mike says he’s been carrying the family for 16 years. Harvey says he’s seen as a lightweight. Maariyah has tweeted 500 times but only used her #WorldsSexiestVirgin twice. He says that’s bad.

He tells Angie that she should be hashtagging EroticaMomager or something. She says she was promoting the show and he says screw the show, promote your family. Harvey tells Taliah that she was the most popular after the first episode but lost her traction. She had the I am Taliah hashtag and has lost the attention because she only used it 3% of the time.

Harvey tells Jameelah that she’s the most interesting and people don’t like her. He congratulates her on that. He says only 10% of people like her. He says love and hate are both great. He asks if Jameelah can handle it and she says yes. He asks if she’s real and she says she thinks so. Harvey says do you change and try to be likeable or stay as you are. Jameelah says she can’t pretend and has to just be Jameelah. Her name is used 1,000 times more than anyone else in the family.

Harvey says they have a score out of a 100. They are at 53 this week. He says it’s not great, but they’re in the game. He says they need to become more relevant and raise that score. He says they need to get their brand back and market what is marketable. He points to Jameelah and calls her the wild card. After they leave, they break into an argument in the parking lot.