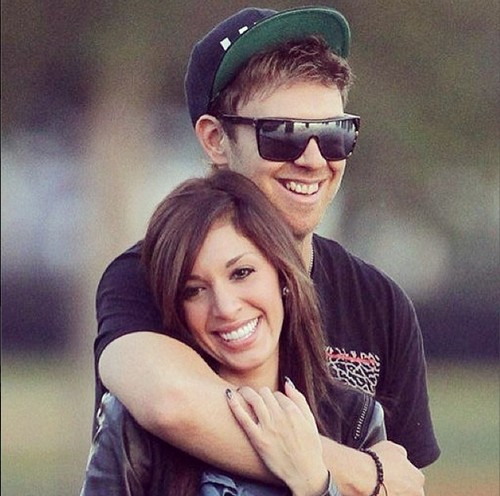 Apparently, Farrah Abraham has called the Couple’s Therapy cast a bunch of ‘crazy, alcoholic liars‘. Well, you know what they say. It takes one to know one.

Farrah, taking a cue from the Kardashian method of famewhoring, decided to upload a Keek video of herself. In this video, she didn’t hold back on her thoughts on her Couple’s Therapy cast mates, claiming that they’re all a bunch of ‘hypocrites’. Although she claims that she’s taking the high road, it certainly doesn’t sound like she is.

She explains, “So a couple of things I learned last night watching Season 4 of Couples Therapy, episode 2. I learned that my roommates are alcoholics, crazy liars and malicious people who probably need to not be hypocrites, be better parents and actually be more better role models since they’re older and they know more than me and they can do so much and I guess they’re more richer than I am. So I’m happy that I don’t have a big head. I don’t need to think I’m more of a celebrity and also… If you’re hungry people… Eat. F**k the rest of the table.”

Wow. The level of delusion in that statement is truly staggering, all the way from her own self-pitying whining to claiming that she doesn’t have a ‘big head’. Uh, sure, Farrah. Whatever you say. As a reality star and a master famewhore, it’s purely and statistically impossible to not have a big head. In fact, I’m still convinced that they have a secret school somewhere where they teach all aspiring reality stars to throw all their morals out of the window, including lack of ego and basic manners.

In addition to her ranting comments, which just belie her jealousy more than anything else, Farrah also decided to pick a fight with Taylor Armstrong, writing on Twitter, “Looks Like Taylor Is insecure. .hmm sorry I’m confident and work hard, I Don’t need 2 marry someone to have a life, wish you & John the best.”

People who have to keep calling themselves confident are usually the people that are least confident. Of course, then there’s the fact that Farrah thinks she ‘works hard’. Again with the delusion. What exactly is her version of working hard? Staging relationships? Posing in magazines? Arranging convenient photo-ops? Right, that must be sooooo difficult to do.