Flipping Out RECAP 3/5/14: Season 7 Premiere “When the Water Breaks” 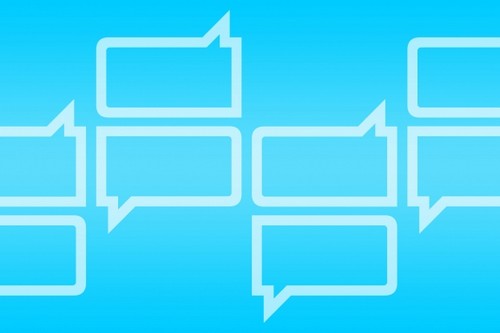 The exciting designer series Flipping Out returns tonight with its seventh season premiere called, “When the Water Breaks.”  The always entertaining Flipping Out returns for a seventh season and follows Jeff Lewis and his loyal assistant, Jenni Pulos, as they work in the booming interior design business for a slate of high-profile — and sometimes over-the-top — clients.

After what felt like an eternity, Jeff and his partner Gage are finally settled into their newly remodeled Los Angeles home, Gramercy. Jeff Lewis Designs, now focusing more on interior design and remodel than house flipping, is thriving with new business.

On tonight’s premiere episode the season premiere finds Jeff comfortably settled in his new home, Gramercy, with a slate of high-profile clients, including “CSI” actor George Eads and his wife, Monika, who are undertaking a major remodel of their Hollywood Hills home. Meanwhile, we learn that Jenni is seven months pregnant, forcing Jeff to make plans for her upcoming maternity leave.

Tonight is going to be a fun episode of Flipping Out that you won’t want to miss, so be sure to tune in for our live coverage of Bravo’s season 7 premiere of  “Flipping Out”tonight at 9PM EST! Meanwhile, while you wait for our recap hit the comments and let us know how excited you are about the new season of “Flipping Out”, so far! While you wait for our recap, check out the sneak peek video of tonight’s show below!

Jeff and Jenni are taking nipples in the car as they drive! What a way to open the season. Jenni is telling Jeff how she needs to rough up her nipples because she plans to breastfeed and she heard that will help make it less painful. Back at Gramercy, Jeff is up to his old pranks and Zoila tells Jenni she might be able to start getting milk now if she squeezes her nipples.

Later, Jeff and Gil meet with George Eads and his wife. They will be remodeling the dated home of the CSI actor. Jeff and Gage talk on the phone as Jeff and Jenni drive and Jeff gets updates on his clients. He shares that business is up . Jenni and Jeff meet with Cat Gosselaar, the wife of actor Mark-Paul. She is pregnant and they meet with her to do some furniture shopping. Jeff can’t resist teasing Jenni as she holds the model baby at the store. Jenni talks about how she has not done much planning and will probably do everything last minute.

Jeff tells Andy that he needs to hire some little people for the promotion for a show. Any shares that little people scare him. Jeff warns him to be on his best behavior. At George’s house, they started demolition and Gil and Jeff are on hand. Jeff is bothered that Gil is pointing out several things that were wrong with the house from the original builders. Gil should know to bring that to Jeff first, not the client.

Andy is on Hollywood Blvd looking for little people. Andy wants to show that he can come through on the task Jeff assigned to him. A short while later, Jenni and Jeff get a call and they are told that Andy was doing more talking than working and shared a little too much when picking up the paint samples he needed for the show. He has upset the Sr. VP at Dunn Edwards which will NOT look good for him. Jeff has to call Nick and fix this. Nick was concerned that based on what Andy told the store manager, the costumes for the promotion were not going to be appropriate. Jeff cleared up the reason for hiring little people..it is to fit the props. Jeff promises to talk to Andy about this situation after apologizing again to Nick. Nick ended the call by telling Jeff that he wants to make sure proper protocol is followed.

The team breaks for a little fun by roller skating with the Eads. The next day Jenni, Jeff, and Gil meet with the Eads and Gil is irritating Jeff even more by using contractor scare tactics and upselling. He wants him to keep his mouth shut and work.

Jeff is teasing Jenni that her baby is too big and will be very painful for her when she delivers. Jeff had to have a phone conversation with Gil about the same issues he has been having with him because he was at it again. Jeff makes it clear that only Gage and Jeff will do the talking with the client.

Jeff, Vanina, and Andy meet with a few little people to find just the right candidate. Andy is happy he conquered his fear of little people. Jeff and Gage work on the framing bid and Jeff calls to update the client. Jeff, Jenni, and Gage meet with the framer and hire him for the job.

Back at the house, the paint can props are looking great and Eric (the little person) did a great job. Jenni pranks Jeff by making him think her water broke all over the floor at Gramercy. Jeff is really worried about what he’ll do when Jenni goes out on maternity leave. Stay tuned for next week and we’ll recap all the craziness of this wacky design team!