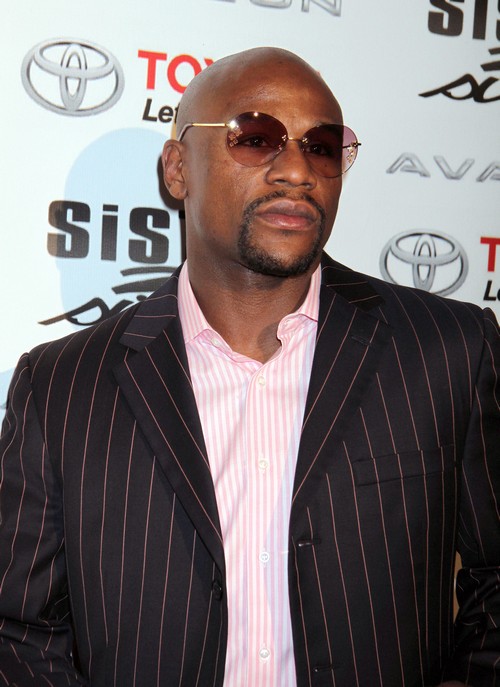 Floyd Mayweather is in a lot of trouble, and I don’t see how he’s going to wiggle out of this one. Mayweather is involved in a brutal kidnapping and beating over some missing jewelry. Apparently, he beat the living daylights out of two of his employees that he suspected of stealing his jewelry, luring them to a secret location and then letting loose.

Some of Mayweather’s jewelry went missing in his Vegas homes, and he immediately pointed the finger at the two men he had recently hired to work there. Whether they are actually guilty of the crime, we don’t know, but Floyd Mayweather certainly believed they were. He contacted them a few weeks ago and told them to meet him at an off-site location. When they arrived, Floyd and a group of cronies proceeded to beat them up, using fists, weapons, and clubs.

Both men reportedly had broken arms and legs, and could have easily died had the attack continued a little longer. TMZ’s source explained, “It was some ‘Breaking Bad’ s**t.”

Basically, the charges leveled against Floyd now include attempted murder, kidnapping, and mayhem. The men have already hired a lawyer, and there’s a very solid chance that Floyd is going to end up going to jail for this. There’s no doubt in my mind that the police have enough evidence to push forward in charging Floyd, and they’ll also be able to get plenty of witnesses in any of the cronies that helped Floyd attack those men.

What do you guys think? Will Floyd face significant jail time over this? Or will he wiggle his way out of it somehow? Will Floyd settle with his victims to avoid criminal charges? Let us know your thoughts in the comments.