Game Of Thrones LIVE RECAP: Season 4 Episode 9 “The Watchers on the Wall” 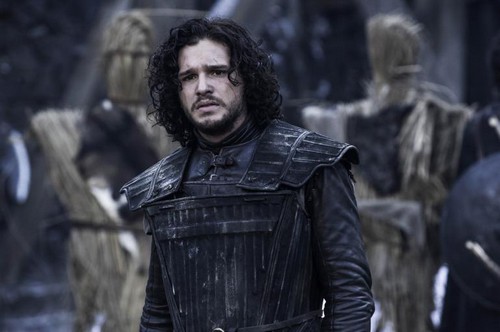 Tonight on HBO, Game of Thrones is back with an all new episode of Season 4 called “The Watchers on the Wall.” On this evening’s episode, the Night’s Watch are confronted with the most dangerous challenge the Wall’s ever seen.

On last week’s episode, Mole’s Town received unexpected visitors. Littlefinger’s (Aidan Gillen) motives were questioned. Ramsay (Iwan Rhoen) attempted to prove himself to his father. Tyrion’s (Peter Dinklage) fate was decided.  Oberyn Martell “The Red Viper” had his chance to avenge his sister’s death as he acted as Tyrion’s second.  Oberyn wanted to avenge his sister, Elia death and he fought The Mountain, Gregor Clegane who killed his sister and her children.  Did you watch last week’s episode?  If you missed it, don’t worry, we have you covered with a full and detailed recap, right here for you.

Meanwhile, if you are curious what is going to go down in season 5, news is already starting to leak.  We have some casting news and some possible story directions right here for you.  Check them out!

The show opens up with Sam and Jon talking about sex on the Wall. It’s nighttime and, soon, Jon tells Sam to go get some sleep. Jon will take this watch. We see an owl land on the wall; it’s eyes glow red — and then we’re taken to the Wildling camp. Ygritte is creating her arrows and threatens all the Wildlings that she will be the one to kill Jon Snow.

Sam’s lover finds her way to the Wall with her baby.

Next, we see the Wildlings prepare to march on the Wall. Jon, on the lookout sees the forests below burning, and they prepare for one of their biggest battles yet. . . .

Sam kisses Gilly, who never wants to leave his side. She asks him to promise her that he won’t die.

Preparations on the Wall begin.

Next, the Wildlings invade/overtake the wall. They begin climbing the wall and, while the Night’s Watch are doing their best to thwart the enemies, the Wildlings prove to be too great a force. They have giants, with huge bows and arrows, and woolly mammoth type creatures. Everything about the Wildlings . . . . RUTHLESS!

The Wildlings have almost breached the gate, and Samwell goes to find Jon. Sam says that the Castle won’t stand much longer.

At this point in the battle, Ygritte is still standing. She’s quite good with her arrows.

Jon is getting beat up pretty badly, but he eventually kills his attacker.

Ygritte comes at him. She draws an arrow, but before she manages to fire, a small boy on a higher wall shoots her with an arrow.

“Do you remember that cave? We should’ve stayed in that cave.”

“You’re not nothing, Jon Snow.” And then Ygritte dies. She goes quietly.

The battle dies down. The Night’s Watch, while they’ve lost countless, have successfully fended off the Wildlings. Samwell reunites with Gilly. She’s happy to see that he wasn’t killed during the battle.

In the final scene, Jon Snow leaves the wall. He’s going to find Mance Rayder, the head of the Wildlings. Sam tries to discourage him, but he doesn’t listen. He leaves through the front gate.