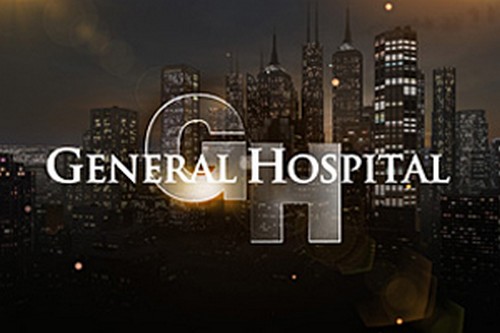 Monday – Felix opens his big yap and blurts out more about Sabrina’s baby in front of Robin and Patrick. Lucas runs into Sam outside Kelly’s , Lucas is elated, Sam is afraid Julian will see Lucas. Silas tells Kiki about his wife. Luke finds Carly in the Quartermaine boathouse. Patrick informs Felix that Sabrina is having Carlos’s baby. Silas decides to have some cereal with Kiki. Sam finally gets it together and hugs Lucas. Scott is on the phone getting the warrant for Franco. Anna is trying to calm Michael down. Carly tells like Heather is the one that took her. Speak of the devil she walks in. Monica thinks she is getting reinstated. After Silas leaves kick is Franco shows up and wants her to hide him. Felix is Carlos is the father of who’s baby now. Alexis lets Sonny know she is so neutral that she is Switzerland as far as him and Julian are concerned. Julian corners Sam outside and brings up the fact he is her father with Lucas there to take it all in. Julian acts like a jerk to Lucas until Lucas tells him who he is. Scott isn’t happy to hand Anna the warrant. Britt and Silas meet on the way to the board meeting at the hospital. Tracy is worried about Luke taking so long. Luke gets the gun from Heather. Felix is not happy with Sabrina’s decision. Patrick and Robin show up at the meeting. Julian backtracks and apologizes for treating Lucas like dirt. Lucas is a little inside of what’s going on. Michael tells Kiki about the knife. Some guys come into the boathouse and one of them hits Luke over the head. Tracy decides to go to the boathouse. Lucas leaves. Anna comes back without Franco, before her and Scott can get into it she gets a shocking phone call. Monica walks into the board room. They all start bickering then someone walk into to announce the new Chief of Staff. Liz overhears Felix and Sabrina and finds out Patrick is the baby’s father. Tracy goes to the boathouse, it’s empty. The new Chief of Staff is Obrecht.

Tuesday – Heather has Carly hidden at the stables. Lulu is visiting with Nicholas. Spencer tells Cameron to stay away from Emma. Emma tells Mac and Robert she is love sick. Liz makes her presence known. Anna is not happy about the Obrecht decision. Robert tells Emma she can’t date until she is thirty. Cameron and Spencer are still fighting over Emma. Lulu tells Nicholas she left Dante. Robin lunges at Obrecht and tells her she is going to kill her. Mac takes Emma for a play date with Spencer. Anna tells Robert she needs to talk to him about Obrecht. Obrecht tells everyone she has great plans for the hospital. Kiki lies to Michael about Franco. Michael leaves to take a shower and Kiki ask Franco about the knife. Kiki tells him to leave but someone else knocks at the door. Anna tells Robert she wonders if Obrecht knows what they did to Faison. Robert tells Anna he doesn’t think Faison is what Obrecht used to get the WSB to let her go free and clear but whatever it is it’s big and might bite them all in the ass. Patrick tells everyone he will quit if Obrecht stays. Robin walks out. Carly thinks Heather killed Luke. Kiki hides Franco again and lets Dante in. Carly breaks free and attacks Heather. Spencer, Emma and Cameron are at the stables about to go in. The kids hear Carly yelling for help.

Wednesday – Kiki gets a text from Franco while Dante is talking to her. Britt comes home and tells Nicholas is the new Chief of Staff. Liz has something to tell Patrick. Cameron goats Spencer into going in the stables. Obrecht is talking to her friend on the phone. Before Liz can tell Patrick anything he and Robin tell Liz, Sabrina and Felix that Brits mom is the new Chief of Staff. Kiki tells,them Franco’s message says to meet him in front of Kelly’s . Dante and Michael leave to do just that. Cameron and Emma go in the stables to find Spencer. Spencer is talking to Heather. The GH board member picked Obrecht all by himself. Lulu tells Britt she left Dante. Britt says it’s her fault. Franco is nowhere to be found at Kelly’s. Patrick tells Anna that Obrecht is the new Chief of Staff.

Britt wants Lulu to go back to Dante. Dante thinks Kiki is helping Franco. Heather scares the kids. She tells Spencer she is the new stable girl. Spencer goes to open the door where Heather has Carly hidden. Nicholas goes to look for the kids. Obrecht gets in Liz’s face and then she gets in Sabrina’s. Robin is not handling the Obrecht thing very well. Robin says she is not going to be working at GH. Kiki tells Franco she thinks Heather is framing him, Franco says no because he thinks he killed her. Carly knocks the basket over and the kids hear it, Heather looks panicked. Liz thinks Britt is working with her mother. Heather tells the kids the Chupacabra is back. Heather convinces the kids not to say anything before they leave. Heather has a syringe full of green stuff to give Carly. Lulu runs into Dante at Kelly’s. Dante wants to know if Lulu is ever coming home. Lulu want to talk to Dante but he has to leave. When Dante leaves Lulu starts to tear up. Heather gives Carly the shot.

Thursday – Anna tells Nathan she has something for him on the Silas Clay investigation. Silas and Sam are eating breakfast together at Kelly’s. Brad runs into Obrecht. Obrecht tells Brad she is his new boss. Ava is sending a text to Morgan and Julian catches her. Sonny catches Morgan getting ready to send a text back to Ava. Obrecht threatens Brad and Felix’s tells her to leave him alone. Nathan shows Anna the prescription that Silas supposedly wrote the day his wife died. Anna wants to know why the Silas Clay case is so important to him. Sam has a meeting with the man who filled the prescription. Morgan covers with Sonny. Sonny tells Morgan that tonight he is striking back against the Jerome’s. Anna gives Nathan one more week. Duke tells Sonny made contact. Apparently he is meeting with Carlos in one hour. Julian tells Ava he met Lucas the other day. Lucas walks into Kelly’s while Sam and Robin are talking. Julian tells Ava they need to figure out what to do with Morgan. Morgan wants to help Sonny. Sonny tells him to get with his brothers and figure out what they are going to tell Josslynn. Nathan locks him and Silas in the elevator so he will have to talk with him. Felix apologizes to Brad. Lucas ask Bobbie why she didn’t tell him about Julian. Morgan shows and Julian ask him what his dad is up to. Morgan tells Julian that Duke is working for his dad. Anna catches Duke with Sonny. Silas tells Nathan that he should look at Ava Jerome as the person who tried to kill his wife. Felix wants him and Brad to be something more and ask Brad on a date. Lucas wants to spend sometime with Julian. Morgan tells Julian that Sonny is going to take him down starting tonight. Duke lies to Anna about why he is with Sonny. Anna believes it. Anna wants answers from Sonny. Obrecht jumps Nathan for stopping the elevator. Brad says yes he will go on a date with Felix. Lucas needs sometime to think he leaves Bobbie. Morgan told Julian that Sonny is going to use Carlos as bait. After Anna gives Sonny the third degree Duke comes out from hiding. Julian is planning on killing Duke. Brad is making a reservation for toe at the metro court. Lucas comes in apparently he hooked up with Brad. The pharmacist is meeting with Sam. Silas tells Obrecht he didn’t try to kill his wife. Nicholas talks to Anna at the police department, she brings up Duke, Nicholas tells her he didn’t meet with him. Julian shows up to meet with Duke.

Friday – Scott is on the phone there is a not on his door it’s Lucy. Lucas is kissing Brad. Morgan tells Ava it’s going to be his fault Duke gets killed. Julian has a gun pointed at Duke. Scott thinks Lucy is there for fun time. Lucy is there to get on his case about Franco. Lucy almost says she loves him but stops herself. The pharmacist admits to having seen Ava. Morgan unloads on Ava about how guilty he is about everything he does. Julian is about to shoot Duke when Shawn put a gun in his back. Sonny walks out being his usual smug self. Brad tells Lucas to calm down that he is at work. Lucas is really into Brad. Apparently Brads adopted and his dead is a gangster to. The pharmacist didn’t fill the prescription for Ava he filled it for Silas. Julian figures out that Sonny set him up. Shawn holds Julian while Duke punches him. Felicia and Mac are getting the bar ready to open. Felicia tells Mac that Lucy slept with Scott. Felix walks in on Lucas and Brad talking. Morgan is about to tell Ava something when Julian walks in best up. Sonny knows Morgan is still working for Julian. Silas walks in and hears what the pharmacist has to say and can’t believe it. Maybe his nut job brother did it. Lucas knows who Felix is and says so when he leaves. Mac is freaking out over what Felicia said about Lucy and Scott. Scott tells Lucy he wants her and the friends thing isn’t going to work. Lucy tells him she thinks about him and dreams about him all the time. She goes to leave and drops her purse he goes to help her, he kisses her, and pretty soon they are doing more than kissing. Julian thinks that either Sonny knows Morgan is a traitor or Julian did. Felicia tells Mac Lucy is through with Scott. Lucy feels guilty after sleeping with Scott. Scott thinks it’s because Lucy wants him. Lucy tells him it’s true. Brad tells Lucas that he didn’t lie but Felix finally asked him out. Lucas isn’t giving up on Brad anytime soon. Silas is going off on Nathan. Sam stops Silas from hitting Nathan. Sam says something isn’t adding up. Mac bangs on Scott’s door and Lucy runs to hide. Mac punches Scott in the face and tells him to say away from Lucy. Nathan arrest Silas. Julian wonders what Sonny is going to do with Morgan. Duke and Shawn want to know what Sonny is going to do about Morgan.