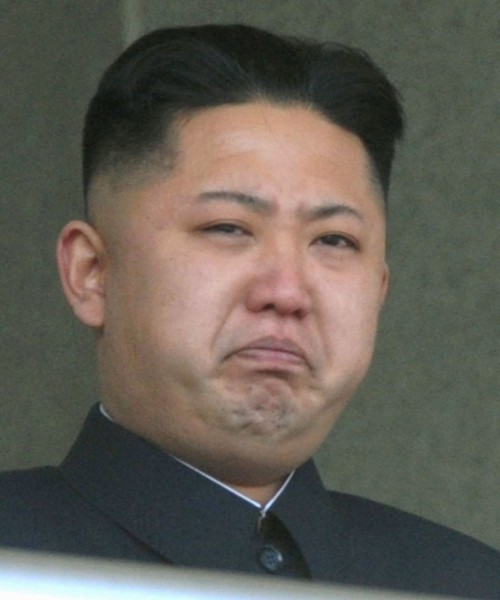 Well, you don’t get to be the editor-in-chief of a major magazine without gaining some skills for snark. As we all know by now, we’ve been promised this epic Vanity Fair takedown piece on Gwyneth Paltrow for some time now, only to be treated to a very tame alternative instead. However, Gradyon Cartor, the editor, realized that there were over-inflated expectations of this article, and decided to address it himself. In the following article, he not only insulted Gwyneth multiple times, but also compares her to the North Korean dictator and mass murderer, Kim Jong-un. Someone’s clearly holding a grudge, isn’t he? Note that a comparison to Kim Jong-un has a special implication in light of Gwyneth’s cheating affair with Jeff Soffer and that is suppression of the truth!

Graydon explains the chain of events that led to Vanity Fair deciding to write the article on Gwyneth, and he also explains how the two ended up making up and resolving their differences. He initially says that when the article was first commissioned and the writer was starting to look for information on Gwyneth, our dear Gwyneth decided to tell all her friends and family not to speak to Vanity Fair. And when you’re Gwyneth Paltrow, that list of friends and family is extensive. As Graydon explains, “Ever. Never. Kim Jong-un couldn’t have issued a more blanket demand.”

I’m loving this guy. I don’t think anyone’s ever written such a passive aggressive article about Gwyneth before. Anyway, he continues that the article that Gwyneth was so worried about wasn’t a ‘lurid tell-all, but a reasoned, reported essay on the hate/love-fest that encircles Gwyneth Paltrow.’

Graydon then adds that Gwyneth was the one to call him first and try to resolve the issue, although he does say that her reaction to the article was a complete ‘overreaction’. We don’t disagree with him, but it’s a bit disappointing that Gwyneth decided to be the bigger person – if she wasn’t, I’m guessing we would have gotten the epic takedown piece that was initially promised.

Anyway, it’s clear that Gwyneth and Graydon patched things up, at least on a superficial level. The article itself is pretty tame, especially when you think about the initial rumors we heard. However, Graydon’s explanation of the article is what contains all the gems, including his comparison of Gwyneth to Kim Jong-un [harsh or deserved?] and his revelation that she’s the one who called him, not the other way around.