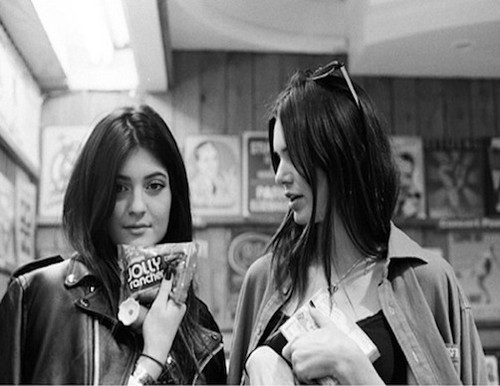 Harry Styles reportedly cheated on Kendall Jenner while she was away. Does this really come as a surprise to anyone? First of all, it’s doubtful that Harry Styles and Kendall Jenner were actually ‘going out’, as in the official definition of going out. I think they were hooking up and having lots and lots of sex, but without any strings attached. I always thought that Harry knew better than to actually date a Kardashian family member, and that might have been accurate. However, if he was ‘dating’ Kendall, he’s in trouble now, isn’t he?

Star Magazine reports that on January 26th, Harry was spotted [on video] leaving a Swingers restaurant with an unidentified blonde woman. And then, in his SUV, there was another woman, this time by the name of Haley Giraldo, the daughter of aging rocker, Pat Benatar.

Apparently, Harry’s friend spoke to Star and explained that Harry had met Haley last year at a One Direction concert. This ‘friend’ adds, “They talk almost every day when he’s home in London, and he sends Haley lots of romantic gifts. They’ve been trying to keep it on the down-low.” Chalk it up to another one of Harry’s conquests, one of many.

However, Kendall’s reportedly not very happy to hear about Harry’s liaisons with other women. The source adds, “It hurts to find out they weren’t exclusive like she thought.” Well, of course it does. First, she can’t parade him around as much as she’d like to, and I doubt he’s as receptive to her calling the paparazzi on herself. Second, they’re not even dating. Honestly, if she wasn’t a Kardashian, she probably would have dumped him by now. But of course, little publicity is better than no publicity, so she’ll keep on ‘dating’ Harry as long as it’s beneficial to her. And that probably works out best for Harry, who’s getting the best of both worlds – he’ll continue to hook up with Kendall, and then also see other women.