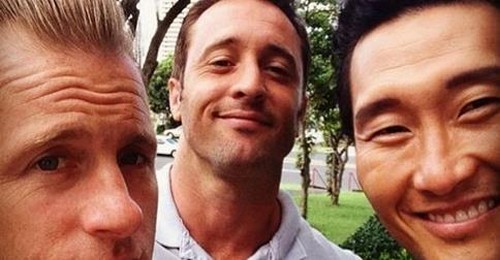 Tonight on CBS Hawaii Five-0 returns with an all new Friday October 3, season 5 episode 2 called, “Ka Makuakane.” On tonight’s episode the young daughter of a Navy SEAL, who is currently on a top-secret mission, is kidnapped. Meanwhile, Danny’s o brother is taken captive, and Danny must locate $18.5 million in order to free him.

On the last episode, the island of O’ahu went on lockdown when Five-0 hunted a terrorist who started using weaponized drones on civilians. Meanwhile, McGarrett and Danno had to go for a mandated review with a psychologist, resulting in a session which looked a lot like couples therapy. Did you watch the last episode? If you missed it, we have a full and detailed recap right here for you.

On tonight’s episode Five-0 investigates when the young daughter of a Navy Seal currently on a top-secret mission is kidnapped. Meanwhile, with his brother’s life on the line, Danny must locate the $18.5 million he owes his captors.

This is definitely one series that you don’t want to miss. Don’t forget to stay tuned to Celeb Dirty Laundry where we will be live blogging every episode of Hawaii Five-0 new season. While you wait for the recap, check out a sneak peek of tonight’s episode below!

RECAP: A young girl by the name of Sophie Larkin was kidnapped seconds before she was planning on going onstage to do a recital at her school. And because someone went to great lengths to get inside of the school, knock out the security guard, and kidnap Sophie – the team has to investigate why anyone would specifically target the Larkin family as well as see about Sophie’s retrieval.

The Larkin family is not rich. The dad is a Navy SEAL and the mother is a social worker. However Sophie had won a prestigious scholarship to attend one of the wealthiest schools on the island. So if anything whoever took her might think they can later ransom her back.

But if that’s not the case then Sophie could be a lot more danger than the team is anticipating. At first Steve thought the little girl’s kidnapping had something to do with her father. Jeff Larkin has just been set out on a top secret mission right before his daughter was taken yet the navy wasn’t exactly forthcoming with any prominent details.

So still working off of that theory – they had investigated who has access to the kids and they noticed that a substitute teacher had his key card swiped the day of the recital when he wasn’t supposed to be working that day. Although when they went to the teacher’s house and saw him bloodied on the floor – they pretty much ruled him out as a suspect.

Someone must have gone through the trouble of stealing the teacher access card and for the life of them the team couldn’t understand why someone that precise would take so long on making contact.

The kidnapper did call but he didn’t call the Larkins. He called the parents of another little girl because apparently he had kidnapped Sophie by mistake. It was recital remember and all the little girls were wearing the same costume and their hair was done in the same way. So there was a mix up. And the mix up could cost Sophie her life once whoever has her realizes that her parents aren’t millionaires!

The Porters, the intended targets, claim to be an open book. They swear they don’t know why anyone would come after them. Though a short investigation into their past later revealed they were lying about their squeaky clean image.

Two years ago the couple paid off one of their employees for the same amount the kidnapper is now asking from them. That former employee isn’t behind the kidnapping but he has clear idea on who the real culprit is. Because, you see, he was paid off after he found out the baby seats the Porters’s company built had a defect. The company at the time had covered it up and a baby soon died from the consequence of that.

The parents of the dead child tried to sue the Porters and nothing was ever proven but years went by and the former employee felt incredibly guilty for accepting the buyout. So he called up the grieving father who at the time had just lost his wife to cancer and he tried to make everything better. He told the father what real happened that day his daughter died.

So everything that’s happened since is about vengeance. The two kidnappers was the grieving father and his brother-in-law. The cops ended up finding and killing the brother-in-law in a shoot-out but that still left Sophie in the hands of a mentally unstable man.

Hence the team had to give in to his demands and dangle one of the Porters in front of him. That was the only they could lure him out. And, luckily, Mrs. Porter was able to get away from him in time yet that still left the question of Sophie.

Her kidnapper had revealed to Mrs. Porter that he soon saw for himself that his brother took the wrong girl and the kidnapper hadn’t brought Sophie when he went to collect Mrs. Porter. So did he rid himself of the useless hostage? Thankfully, no!

Sophie was safely returned to her mom after her kidnapper told police where he stashed her during his arrest. And as for Danno, his brother had stolen a well-known criminal’s money and now that criminal is threating Danno with his brother’s life. So there’s still one more kidnapping for the team to deal with!