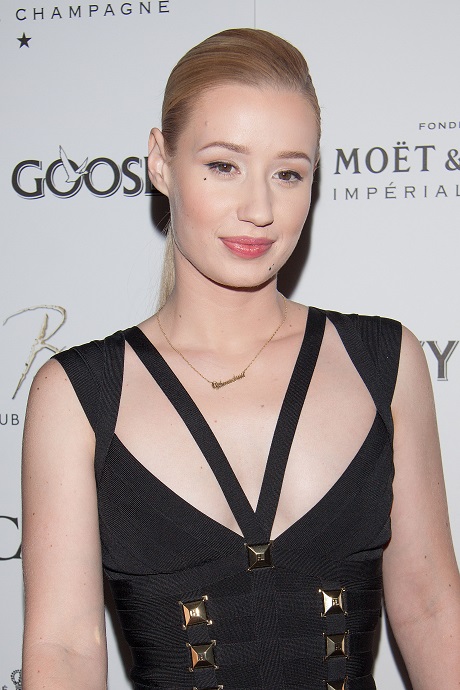 Iggy Azalea has a message to all of her haters and the “internet kids” who bully others from their keyboards. The “Fancy” singer currently has the number one and two song in the country, but not everyone is too pleased. Apparently, the rapper has gotten some online hate from fans of other artists (like Nicki Minaj’s Barbz) and she ranted on Twitter to set everybody straight.

“Just remember while your all at home online cracking jokes about artists etc that Most of you have done NOTHING. NOTHING! With your lives,” she wrote.

“Don’t flex someone else’s achievements. So many of you Internet kids quote the feats of others as if they were your own. And just to clarify for anyone who didn’t understand that last statement goes out to people who bully others…” Her next few tweets seemed to be directly aimed towards all the Barbz in the world.

“Fan wars back and forth and all that shit is all bullshit. Someone who’s music you love doing great should never be an excuse to be awful to others. That’s my point I suppose. I just find it really disgusting.”

After ranting for almost an hour and reminding everyone that most of us haven’t achieved anything in life, she tried to end on a positive note.

“Don’t be cruel to one another. And learn to understand how much work it takes to achieve anything in life. Success should be celebrated and not used as an excuse to be awful to others, especially when it’s not even your own. That was my point. It was a positive but aggressive point. Lol. Anyway it’s my mans bday and I’m outtttt!”

However, Nicki was also quick to acknowledge her own achievements. “I just want female rappers to understand that I’ve kicked in a lot of doors for them and I just would appreciate if they would acknowledge that.”

I’m not the biggest Iggy fan (nor am I a Barb) but I am very happy for her current success. Her name has been around for a few years and now her music is getting noticed. Like Nicki, Iggy is just a new artist that I’m going to figure out and maybe she’ll grow on me.

It’s just really hard to accept her as this new female artists that’s changing the game when “Fancy” sounds so familiar. Not only is she getting comparisons to Nicki Minaj — but are we really going to ignore the fact that “Fancy” sounds just like a Gwen Stefani record? Charli XCX sings the chorus on the catchy tune and she sounds just like a Gwen wannabe. ” I’m so fancy/You already know/I’m in the fast lane/From L.A. to Tokyo,” she sings. Didn’t Gwen literally travel from LA to Tokyo to inspire an entire album? She admitted she wanted to continue what Eve and Gwen started with the 2001 Grammy winning, “Let Me Blow Ya Mind.”

“I just wanted to make a fierce female collaboration with that song. Cause I feel like girls don’t collaborate enough in Pop music. I wanted it to be like Eve and Gwen [Stefani] and I feel like it kind of is so, that’s cool,” she told Revolt. I guess that’s where Iggy got the idea to spell her name out from. (Eve does it twice in Blow Ya Mind)

Although the music video for “Fancy” is inspired by the 1990s classic movie, “Clueless,” live performances are very reminiscent of Gwen’s 2005 music video and performances for “Hollaback girl.”

I’m not trying to be one of Iggy’s haters or an internet bully. I’m truly happy for her success and I hope she continues to be successful in the future. However, I always have to be honest and call it as I see it. Iggy doesn’t come off and as an original and the Barbz hear it too. Maybe, in time, she will find her own sound and I will eventually jump on the “Fancy” Iggy Azalea train that everyone else is on.

Do you agree with Iggy’s Twitter rant? Are Nicki Minaj fans unfairly minimizing Iggy’s success? Join the conversation and leave a comment.