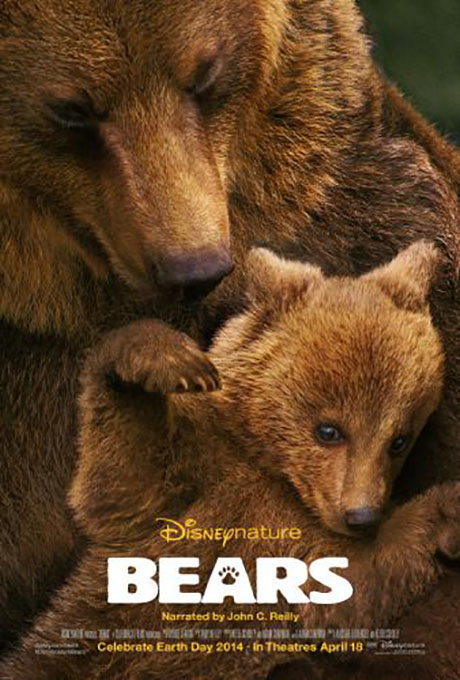 Recently, Celeb Dirty Laundry was honored to be invited to a roundtable event celebrating Disneynature’s new film, Bears, which hits theaters April 18th.  Participating in the round table, held at Buca di Beppo in NYC, was famous naturalist Jane Goodall, alongside Directors Alastair Fothergill (Earth, Chimpanzee) and Keith Scholey (African Cats). Each of these individuals have had illustrious careers in wildlife conservation and preservation, and they continue to remain positive activists for our planet and the organisms living within it.

Before I tell you about the movie, I must first tell you what  initially attracted me to this film: The subject matter. Growing up with a personalized stuffed teddy bear made me view the bear in a certain light — cute & harmless. However, as this movie so wonderfully captures, there’s a much wilder side to the animal many of us have grown up learning to cuddle, adore, and coo over.

The masterfully made documentary brushes aside the occasional softer sides of the animals and, instead, chooses to  deal with the reality of things. No matter how ugly — or scary! — nature can get.

This movie, now in theaters, is about so much more than just the lives of a Mama Bear and her cubs. According to the official synopsis, Bears is a thrill ride, as well as a genuine story of growing up wild: “In an epic story of breathtaking scale, Disneynature’s upcoming True Life Adventure “Bears” showcases a year in the life of a bear family as two impressionable young cubs are taught life’s most important lessons.

Set against a majestic backdrop teeming with life, their journey begins as winter comes to an end and the bears emerge from hibernation to face the bitter cold. The world outside is exciting—but risky—as the cubs’ playful descent down the mountain carries with it a looming threat of avalanches. As the season changes from spring to summer, the brown bears must work hard to find food—ultimately feasting at a plentiful salmon run—while staying safe from rival male bears and predators, including an ever-present wolf.”

Every dollar that Disney earns during opening week will be contributed to the National Park Foundation to protect wildlife and wild places across America’s National Park System. The film truly does offer a glimpse into a world rarely seen. And who better to introduce the film than the one and only Jane Goodall?

Known around the world for her work studying the social behavior of chimpanzees, Ms. Goodall — currently filling a role as a DisneyNature ambassador — was asked to bring her considerable expertise all the way to Alaska.

As Jane spoke about the inter-species relations, it became clear why she was meant for this job. It was in the way she spoke about the species. Ms. Goodall described them both as being intelligent (albeit in different ways), playful, and that they each carry a maternal instinct that, in many ways, works to define the social communities in which they’re apart of. The way she employed words to speak about these animals made it sound as if she were speaking about friends, or close relatives, rather than animals — beings that many humans dismiss every day.

When asked the question What is the number one message you want your work to convey to humans about the animals? Jane responded with,  “I think the main message to understand is that every animal is an individual, just as we are individuals, and that they matter, we should respect them, we should respect their right to be where they are, and once we get to understand them, we are more likely to want to protect them, and they need our help.” 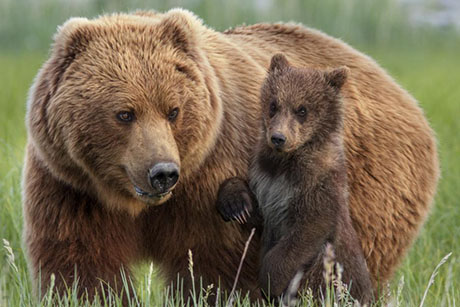 Toward the beginnings of her research, which required her to spend countless year researching primates in Tanzania,  she “was told by science that [humans] were the only beings with personalities, minds, and emotions.” Over the course of her career, she soon discovered that there are so many commonalities that exist between us (humans) and them, the animals living and thriving in the wild nature of our planet.

The reason Jane became an ambassador for the organization was to fight the preconceived notions — oftentimes negative — people harbor toward particular species within the animal kingdom. She wants us to get to know these animals not as dangerous beings to fear or faun over in zoos.  She’ll always be a proponent of allowing animals to live in their natural environments and won’t stop fighting toward her ultimate goal of creating a world where animals are appreciated.

Jane was a young woman when she chose to venture into the wilds of Africa. She went there with the hopes of documenting and then showing the world an intimate side to animal societies never before seen — and look how much she changed the way we all view and understand the chimpanzee.

It’s time to start taking back responsibility for the world we live in. And I honestly think films like these can help shift people’s perspectives in dramatic ways.

Remember, BEARS is in theaters today, April 18, 2014 and a portion of the opening weekend box office will go to the National Parks Foundation.