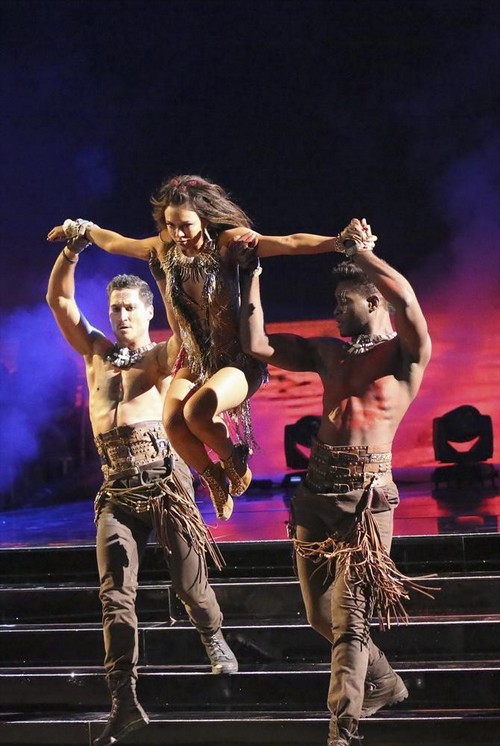 Tonight on the season 19 week 10 of Dancing with the Stars American actress and singer-songwriter Pretty Little Liars star Janel Parrish & her professional partner Val Chmerkovskiy danced a Argentine Tango to  “Blame” by Calvin Harris.  On tonight’s episode and the Semi-Finals, another elimination occurs after the tenth week of performances, which feature the couples doing two dances to different versions of the same song—one version being acoustic.

Vote for Janel Parrish and professional dancer Valentin Chmerkovskiy at voting #: 1*800*868*3405.  If you want to know what the judges said about her performance tonight head over to our nifty recap, right here.