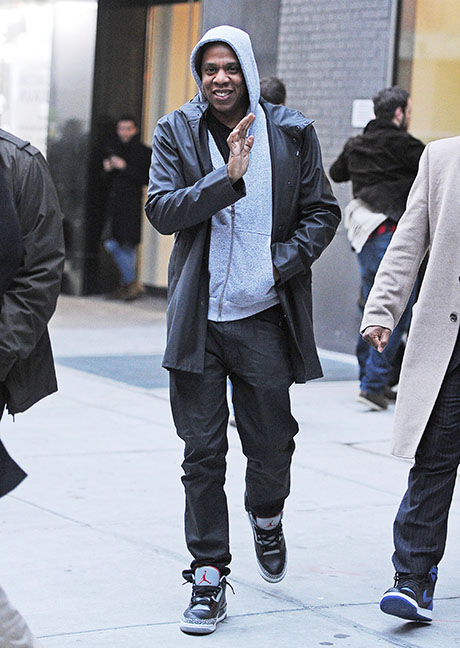 Some of Jay Z‘s master recordings, worth somewhere between $15 and $20 million, are at the center of a crazy theft and extortion scandal involving Chauncey Mahan, one of the rapper’s past producers (1998-2002). Jay Z’s label, Roc-A-Fella Records, apparently had tons of master recordings in the studio; however, in 2002, the treasury went “missing.” People working at the place thought that their stash just up and vanished . . . but now it seems as if they were stolen by none other than Mahan.

Authorities caught wind of the “lost tapes” when Mahan (who was storing the tapes in a California storage facility) attempted to contact Live Nation in an effort to sell them a batch of the tapes for a hefty “storage fee” to the tune of $100K. While he didn’t end up getting his desired amount, he settled on $75K. However, when  he went to seal the deal with Jay Z’s crew, Jay Z’s people had also brought along some friends of theirs — the LAPD. Gotcha!

TMZ reports, “Mahan was not arrested, but our sources say the Beverly Hills PD is investigating the extortion allegations because that’s where Live Nation is  based.  We’re also told Jay Z’s people filed a grand larceny complaint Friday with the NYPD and that investigation is ongoing.”

What do you make of this shady plot to sell Jay Z’s tunes and raps? Let us know in the comments section below. We’d love to hear from you!