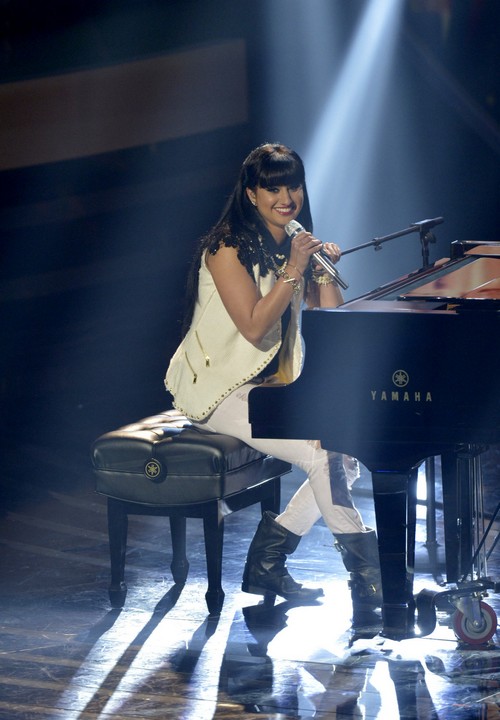 Jena Irene sang, “Barracuda” by Heart this week for her Rock song choice.  Tonight we got double the performances from the Idol hopefuls as they sang both a Country and a Rock n Roll song in their bid for America’s votes.  Did you see Jena’s Country song?  If you missed it we have the video, right here. The Top 6 will really have to bring their A game tonight to stay around for another week, we expect a higher level of performances as the contestant pool diminishes as we head towards the May finale.  Did you watch tonight’s performance show? Just in case you missed tonight’s show we have you covered and you can read our full and detailed recap here!

On last week’s episode Jena sang “Creep” by Radiohead and Harry loved her rendition saying, “I’m going to get booed but for me it languished a little bit in the middle, I thought you were gonna start ramping it up.  When you got to the “You a re a phenomenal talent.  You sing with great humility and intrigue.  Unquestionably the best performance of the night.  Don’t be fooled by the fact that I don’t clap and don’t stand up.  I’m a judge and this is my version of being a judge I have to be focused.  You are a major talent and you did some major damage tonight.”