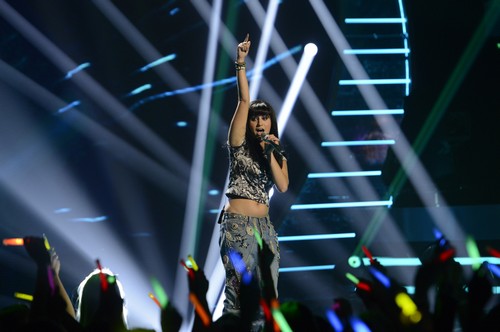 Jena Irene sang, “Bring Me To Life” by Evanescence & Paul McCoy for her song choice for the “(I’m With The) BAND!”– themed performance show. The IDOL hopefuls will act as the lead singer for Rickey Minor and his band, performing their favorite songs. Did you watch tonight’s performance show?  Just in case you missed tonight’s show we have you covered and you can read our full and detailed recap here!

On last week’s episode Jena sang “Clarity” by Zedd and Jennifer liked her rendition saying, –  “I love you singing that song, it’s perfect for you. I wish it was longer so we could have got the crowd to jump. When you are running around the stage, you gotta hole the middle. If you’re kinda sideways it almost feels like you are unsure at times. If you go to a concert you are right in the middle of the stage. It was a great job!”