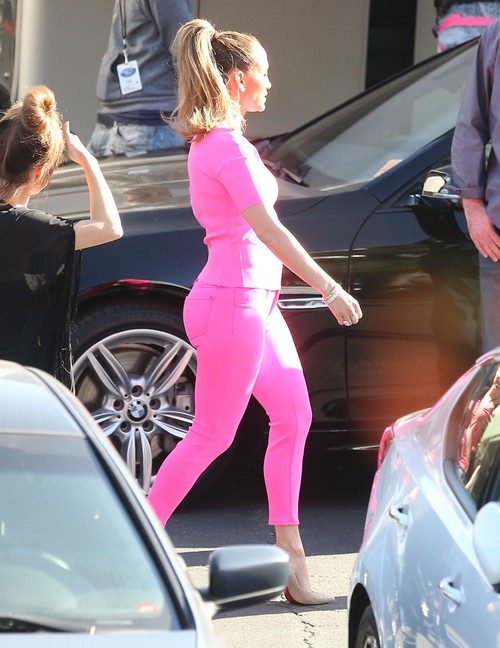 It has been nearly twenty years since Jennifer Lopez starred on any kind of television drama and at least 12 years since she has done a movie that made some serious box office money. In other words, she hardly seems like the best person to totally invest in, yet that is precisely what NBC has decided to do. Shades of Blue is a new cop drama and according to the March 24th print edition of GLOBE magazine the network has ordered 13 episodes already simply because she is involved.

Jennifer and Ryan Seacrest are producing Shades of Blue together and it has her portraying a single mother/dirty cop who works undercover in the FBI’s anti-corruption division. Can Jen actually carry this kind of show? I’m not so sure. She can kind of act the same way that she can kind of sing. It really depends on the material that she has to work with. She can look fabulous or it can be a hot mess. There is never any real middle ground for Jen.

Meanwhile Jennifer is also enjoying her spot on this season’s judging panel over at American Idol. That show seemed to jump the shark a few seasons back and the ratings totally back that notion as they are currently the worst that the show has ever pulled. Do you think Jen perhaps realizes that Idol may be on its way out and so she’s looking for a new project to pour herself into in case the reality doesn’t return for another season? Can you imagine Jen’s portrayal of a cop being at all convincing? Tell us your thoughts in the comments below!