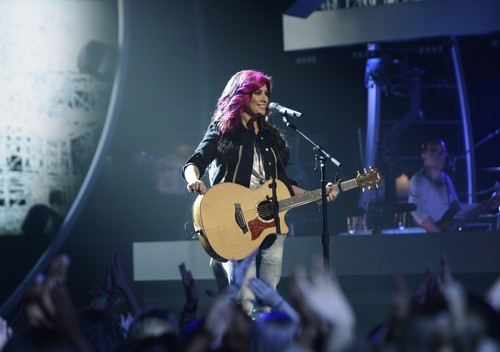 Jessica Meuse sang, ”Rhiannon” by Fleetwood Mac for her song choice for the “(I’m With The) BAND!”– themed performance show. The IDOL hopefuls will act as the lead singer for Rickey Minor and his band, performing their favorite songs. Did you watch tonight’s performance show?  Just in case you missed tonight’s show we have you covered and you can read our full and detailed recap here!

On last week’s episode Alex sang “Pumped Up Kicks” by Foster The People and Jennifer liked her rendition saying, – “I was really happy with that performance, because last week I was really worried.  It felt right in your wheelhouse you sang it perfectly, it felt really good.”