Juan Pablo’s “Retard” Joke Backfires: Ridicules the Mentally Handicapped Then Tries To Blow It Off 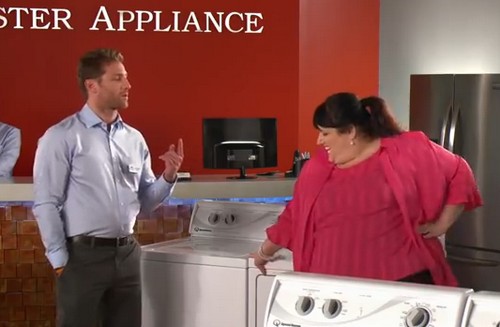 Juan Pablo is proving himself to be the douchiest Bachelor to ever grace our screens, and that’s saying a lot. He’s already started his fair share of controversies due to his idiotic and insulting comments, and he once again finds himself in hot water after making a horribly insensitive joke about ‘retards’. And once again, he blames his ‘different culture’ on the joke.

The initial ‘joke’ that he tweeted was, “Not every flower can say love, but a rose can. Not every plant can survive thirst, but a cactus can. Not every retard can read, but look at you go, little buddy! Today you should take a moment and send an encouraging message to a fucked up friend, just as I’ve done.” It goes on and on, but it’s too excruciating to continue, and you get the gist.

Basically, Juan Pablo is the WORST. He even stated that he ‘loved‘ the joke, and then later defended himself against people that were [rightly] furious at him. He wrote, “People, try to be HAPPY and enjoy JOKES and SARCASM… In Venezuela the R word is USED commonly and by NO means is to OFFEND anyone… #Relax #DifferentCulture #Respect.”

Again, he blames his idiocy and ignorance on his culture. Poor Venezuelans – if people are stupid enough to believe Juan, they’re going to go and blame Venezuela for this mess. Juan did delete his tweets, but then he also told his followers to ‘learn culture’ and ‘open their mind’. Um, how about you learn about our culture first, especially if you’re living here?

This isn’t the first time Juan’s come under fire for making insensitive comments. He had earlier stated that there shouldn’t be a gay bachelor because homosexuals are ‘more pervert‘. Basically, the consensus is that Juan Pablo is a douche of the first order, and he needs to be banished from public life so we never have to listen to his idiocy again.