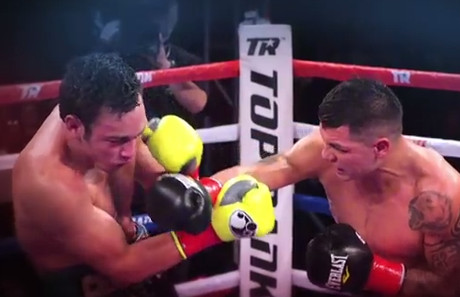 HBO will be continuing its fantastic sports programming this spring and we’re definitely putting on our game faces! As HBO’s epic spring sports season commences, we’re going to be keeping you up to date with all the important athletic news and happenings in the industry. Which one of you out there said we only spend our long evenings watching and analyzing the Real Housewives? We can be sporty, too!

This Saturday, March 1st at 9:45pm EST, HBO features an electric boxing match between Julio Cesar Chavez Jr. and Bryan Vera II. During their last match, Chavez won in a unanimous decision; however, the two put on a great fight and ultimately went 12 rounds toe-to-toe. This Saturday, Vera will have an opportunity for redemption and, just maybe, a chance to settle their score. Once and for all.

Sounds like these are going to be some amazing fights. Are you boxing fans, CDLers? I’m sure you can probably name one or two (or twenty) celebs you’d like to see square off in the ring, but this weekend we’ll just have to settle for watching some professionals — who definitely know how to throw a punch.