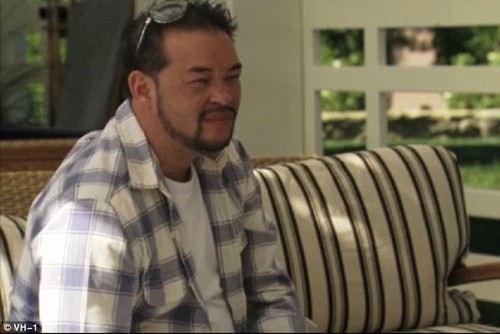 Jon Gosselin‘s and Kate Gosselin‘s war of words has been well documented, both here at CDL and all over the Internet. While that’s pretty much exactly what both Jon and Kate want, they’re also on a mission to ruin each other’s lives, with neither succeeding and both of them making fools out of themselves in the process.

The most recent update in their epic hate story is Jon’s rant on Couple’s Therapy, which he reportedly started after a frustrating phone call with his ex-wife. Although his stint on Couple’s Therapy was meant to focus on his relationship with Liz Jannetta, it’s really more of a sounding board for Jon to vent his anger at Kate. His most recent rant captured him saying things like he hopes that Kate will ‘f***ing die‘, and that she’s a ‘shitty human being‘.

However, a new report from Radar Online now alleges that the supposed phone call that Jon received from Kate before the rant was staged. Radar’s source [reportedly someone close to Kate] explains, “Kate never talked to Jon on the phone during his Couples Therapy tryst. In fact, Jon and Kate haven’t actually spoken on the phone in years; they just text. But either way, the entire scene with Jon exploding and going off on Kate was just something he orchestrated to make himself relevant on the show and make sure he got screen time.”

Isn’t it a little convenient that the source is someone who’s close to Kate? If we’re being honest, it’s probably Kate who dropped the hint and pretended to be a ‘source’. Let’s face it, subtlety is not her strongest suit and this is clearly a PR move. She doesn’t want to come off as the bad guy, so she’s now trying to make Jon seem like a desperate, lying, attention-seeking famewhore. Well, he is, but so is she, and I don’t think she realizes that the public can see right through her entire playbook.