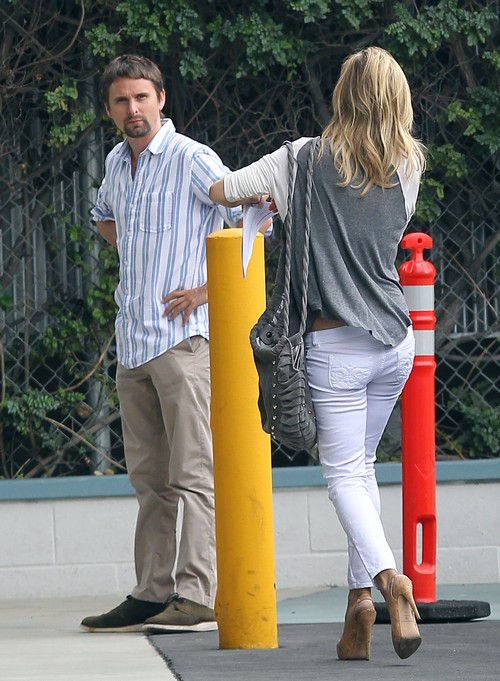 According to a report from the New York Daily News, Kate Hudson and Matt Bellamy are going through a bit of a rough patch in their relationship. Apparently, the rift in their relationship has been caused by Kate’s ‘globetrotting lifestyle’ and her desire to stay in Hollywood.

A source tells the NY Daily News, “Matt is pretty down-to-earth and happy in England, while Kate is very L.A.-focused. They are leading separate lives. It hasn’t been working out the way they planned and they’ve been trying very hard for the sake of their son.”

This is interesting, especially because Kate has significantly slowed down both her career and her networking since she’s been married to Matt. Usually, she’s photographed jetting around the world, hobnobbing with the rich and the pretty, and being seen with Hollywood bigwigs. But since she got married to Matt, she hasn’t been seen in public that often, nor has she booked any major roles.

Maybe they’re feeling the rift because Kate feels her career is suffering? Unfortunately, there are very few actors and actresses that can live outside Los Angeles and still find success. The business still runs out of LA, despite filming often taking place elsewhere. Matt may be fine conducting his business as a musician out of London, but is it fair to ask his wife to stay with him and risk her future as an actress?

What do you guys think? Should Kate stay in London with Matt, or should he move to LA? Or maybe they should have thought of this before they got married? Let us know your thoughts in the comments.