Kate Middleton Getting Ready For 32nd Birthday Without Prince William? 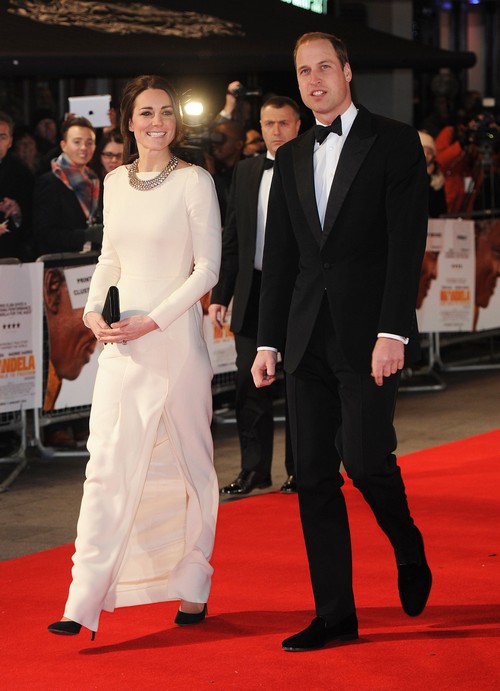 Kate Middleton is gearing up for her 32nd birthday on Thursday, January 9th, and it has been a big year for the Duchess – giving birth is no small feat for anyone. Since Prince George‘s birth, she and Prince William have stayed relatively low-key, only making public appearances when they absolutely had to.

However, Kate will be celebrating her 32nd birthday in style, and for the first time at Kensington Palace. Although Kate will reportedly celebrate the same way she always does – with a group of close friends and family – this is the first year she’ll be spending it at Kensington, likely because of little George.

Sources add that Prince William might be otherwise occupied during the day thanks to his new schooling, but he should be back to London and celebrating with Kate come nightfall. It’ll be interesting to see if he plans a surprise for Kate this year, considering last year was quite a celebration. William reportedly took Kate, Pippa Middleton, and James Middleton to see a Cirque du Soleil show at the Royal Albert Hall for Kate’s 31st, which actually came right after she announced that she was pregnant.

Now that she’s finally given birth to George, it’ll be interesting to see what Will has stored for his wife’s big day. And of course, after the birthday and William’s course at Cambridge wraps up, they’re off on their Australia and New Zealand tour with Prince George.

What do you guys think of Kate’s birthday plans? Do you think they’ll plan something extravagant for her, or will it be low-key as always? Let us know your thoughts in the comments.