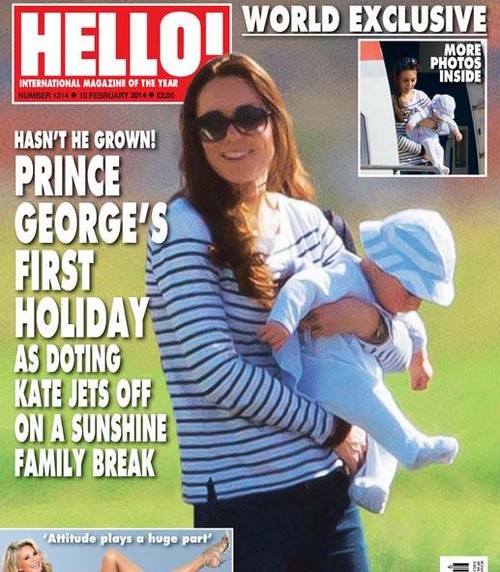 Yay, new pictures of Prince George! Seriously, isn’t that baby just so chunky and adorable? Kate [Middleton] and George are currently on vacation with the rest of the Middleton family in the Caribbean, unfortunately without Prince William who had to stay at Cambridge due to university commitments.

This technically marks George’s first long overseas journey, which should give Kate some practice for when they travel to Australia for the royal tour. According to Hello! Magazine, George was very ‘well behaved’ on the flight to the Caribbean, where they later met up with the rest of the Middleton family. Of course, the Middletons are used to vacationing in Mustique, which is a popular vacation destination in the Caribbean islands.

Anyway, Hello! Magazine managed to get exclusive pictures of Kate and George heading off the plane after landing in Mustique, and George just looks SO CUTE! He’s wearing what looks like a white onesie with a white cap, and he seems to be trying desperately to get out of Kate’s arms and run around on the ground.

Meanwhile, Kate looks very relaxed and happy, and why would she be? She’s holding an adorable baby in her arms, and he apparently did not wreak havoc when they were traveling. For new parents, that’s like winning the lottery.

The family’s planning on celebrating Carole Middleton‘s birthday while in Mustique, and then Kate and George will likely jet back to England to reunite with Will, just in time to get ready for their tour to Australia.

What do you guys think of the pictures? I doubt these pictures will cause the scandal that Kate’s naked pictures did, but I’m sure neither Kate nor William is happy that the press managed to get pictures of their young son without permission. 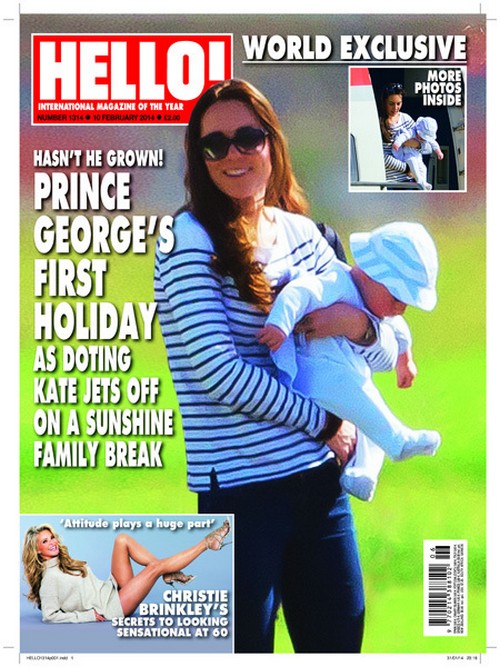