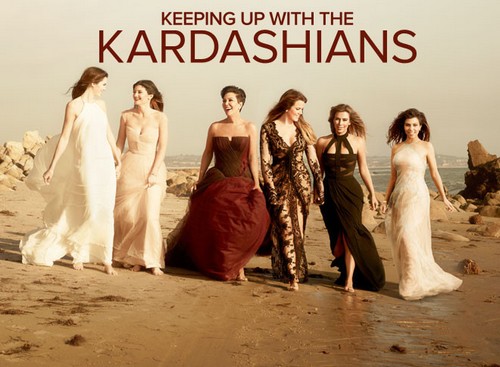 Keeping Up With The Kardashians continues tonight with a new episode called, “Let it Go.” On tonight’s episode, the family tries to figure out why Kourtney feels down; at the same time, Khloé is slow to start packing after she accepts an offer on her house; and Kris goes above and beyond to prove to Kim that she’s still got it.

On the last episode Khloé had to make a choice about her complicated relationship with Lamar. Meanwhile, Kourtney took Scott on a getaway to a spa in Arizona and Rob received troubling news about his health.  Did you watch the last episode before the hiatus?  If you missed it and want to get caught up, we have a full and detailed recap, right here for you.

On tonight’s episode the family feels worried about Kourtney’s lack of emotion lately, making them try to figure out what’s wrong with her; Khloé is feeling unsure about accepting the offer on her house and Kris tries to prove to Kim that she’s still got it.

Khloe is forced into moving on from her marriage to Lamar. It took her forever to put her house up on the market and she’s dragging her feet on the packing part. Surprisingly, the only other person that understands her current life change is Scott. He took inventory of his life after he lost both of his parents so close together and to get a better perspective – he’s taking a personal vacation for some alone time.

But he hasn’t forgotten Kourtney. Scott got her a brand new car and Kourtney true to form – wasn’t all that enthused. She didn’t take the car as the guilty pleasure it was supposed to be. Instead she gave it a thumbs down for not being practical for her everyday life.

Kourtney can be dismissive towards Scott and more importantly she tends to overlook how things will affect him. Scott has been depressed lately and he ended up calling Khloe from his vacation in order to feel better. Right now she’s the only person he feels like he can talk to and the same goes for Khloe.

She’s being stubborn about packing. She doesn’t want to make any official decision until she hears from Lamar. Not till she knows what he wants to do with what. And this makes both Malika and Kourtney worry about her. It seems like a stalling tactic.

And in other news, Kim is getting fed up with her mom. She loves Kris and they get along probably the best out of all Kris’s relationships with her children, but Kim is starting to feel like she’s in a competition. Everything she does – her mom wants to do too.

When a friend of hers flew in, all Kim wanted to do was some fun with her while she was here, but Kris wondered why she wasn’t included in the plans. The plans being a stripper pole class. And so Kris invited herself. In her mind, there’s nothing wrong with tagging along on her daughter’s trips with her friends. She knows how much Kim’s friends like her.

So they all got to enjoy a day learning how to climb and slide a stripper pole. Though there was a few times that Kim wished her mother wasn’t there. Like when they were talking about sex.

Kim, Khloe, Kourtney went out together to have lunch. It was just lunch and yet they soon started in on the jokes up to the point it became serious. Kourtney’s sisters spoke to her about how emotionless she can sometimes be. And funnily enough Kourtney doesn’t see herself that way, but everyone else does. They want her to be able to connect more so she’ll be able to be there for Scott during this time although after the girls finished their lunches they returned to the house to find their mother doing a risqué photo-shoot. So of course they had to make fun of her and beg her to put her clothes back on.

Their antics hurt Kris’s feelings. She feels like they don’t really support her and that they don’t appreciate how important it is that she still feels beautiful even though she’s in her fifties. Kim was the only one to follow her and apologize. She knows how much her mom wants to have fun and quickly decided to let go of her jealousy in order to revel in her time with mom again.